USD/CHF’s rebound from 0.9659 extended higher last even though it continued to lose upside momentum, as seen bearish divergence condition in 4 hour MACD. Initial bias is neutral this week first. Further rise is in favor as long as 0.9798 support holds. Break of 0.9946 will target 0.9975 resistance first. But break o f0.9798 will turn bias to the downside for retesting 0.9659/9713 support zone instead. 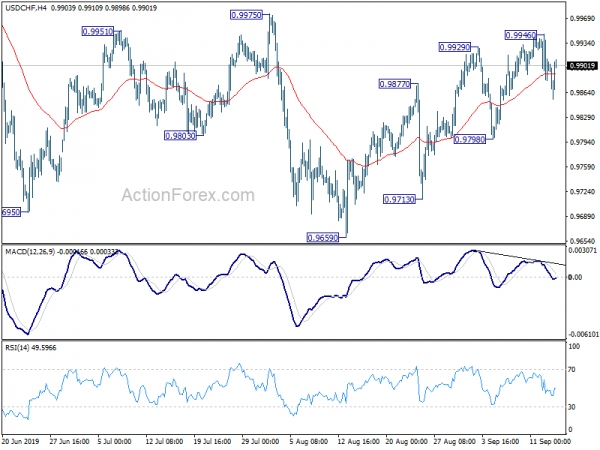 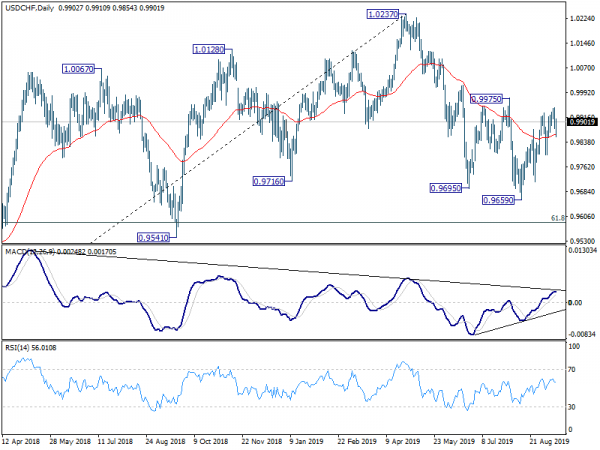 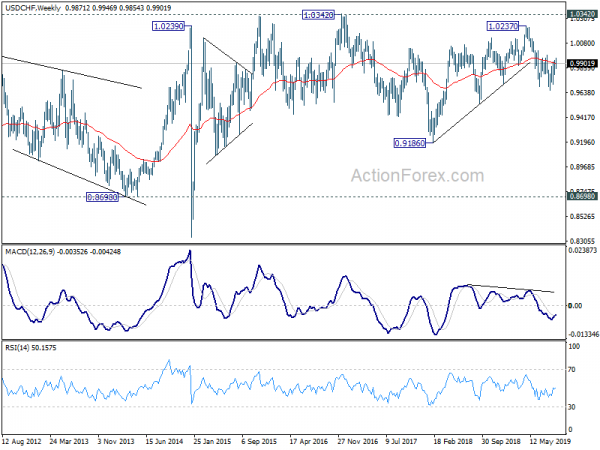 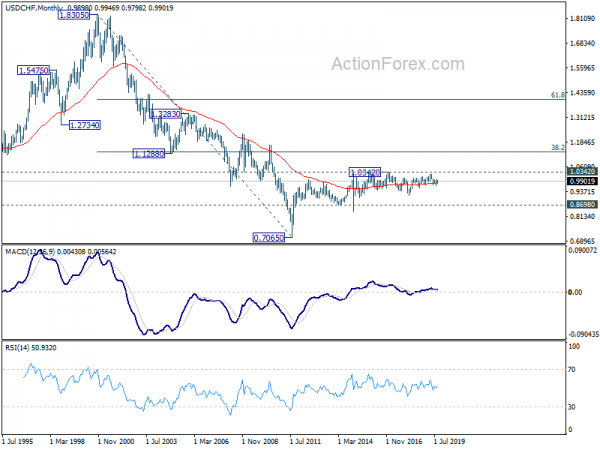