USD/CHF edged higher to 0.9983 last week but failed to sustain above 0.9975 resistance and retreated. Initial bias remains neutral this week firs, for some sideway trading. On the upside, decisive break of 0.9975 will confirm completion of fall form 1.0237. Further rally would then be seen to retest this high. On the downside, though, break of 0.9854 will turn intraday bias to the downside for 0.9659 low. 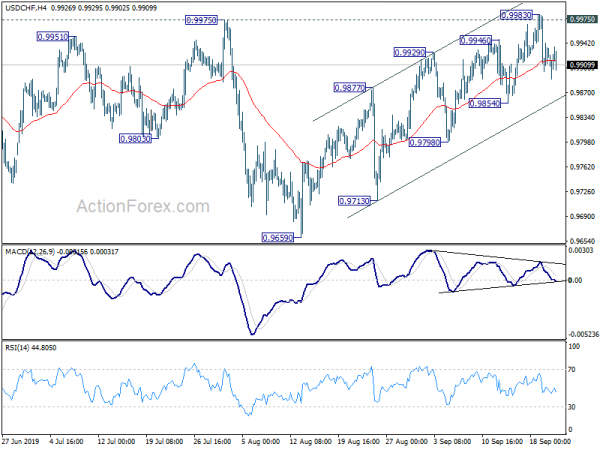 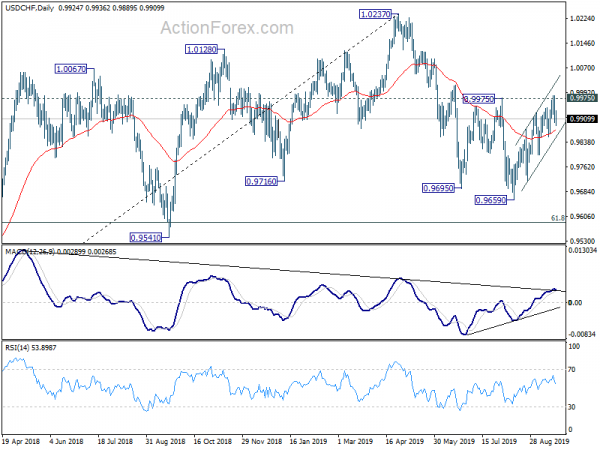 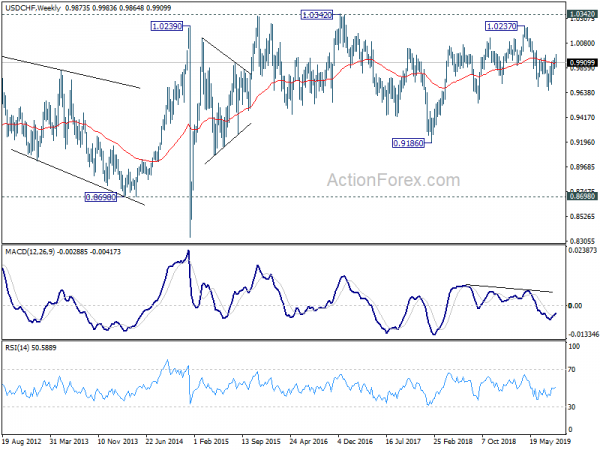 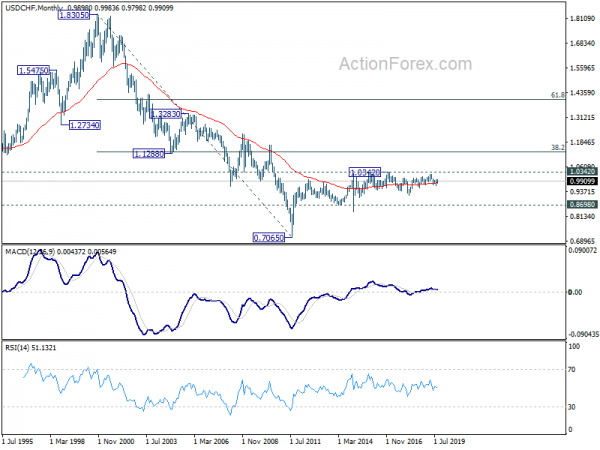