USD/CHF dropped to 0.9193 last week and the development suggests that a short term top is formed at 0.9367. But as a temporary low was formed, initial bias is neutral this week first. On the downside below 0.9193 will target 0.9162 support first. Considering bearish divergence condition in daily MACD, firm break of 0.9162 will argue that whole rise from 0.8925 has completed and target this support. On the upside, break of 0.9312 support will bring retest of 0.9367 resistance instead. 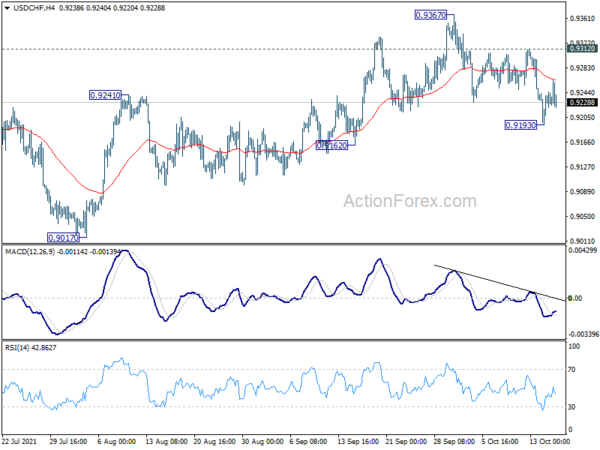 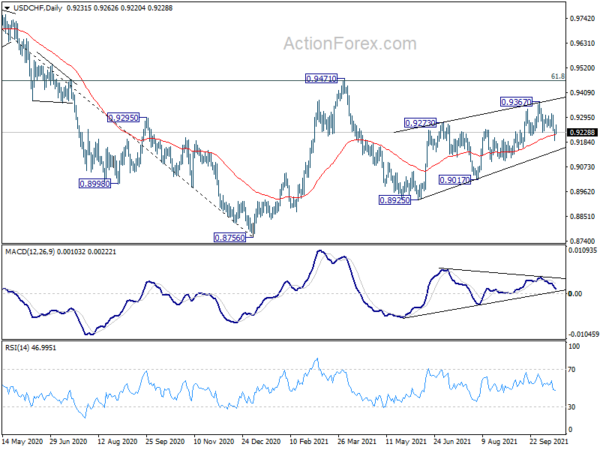 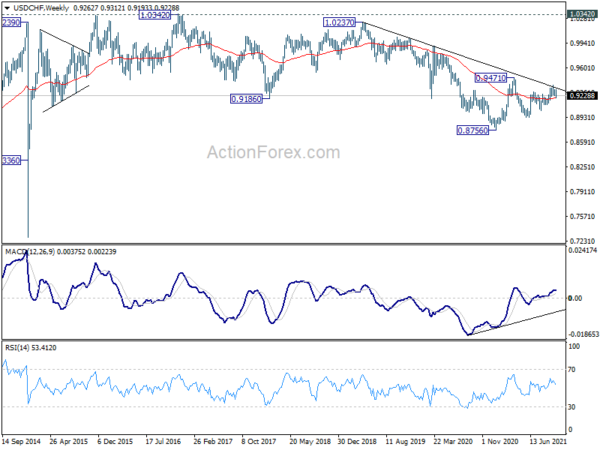 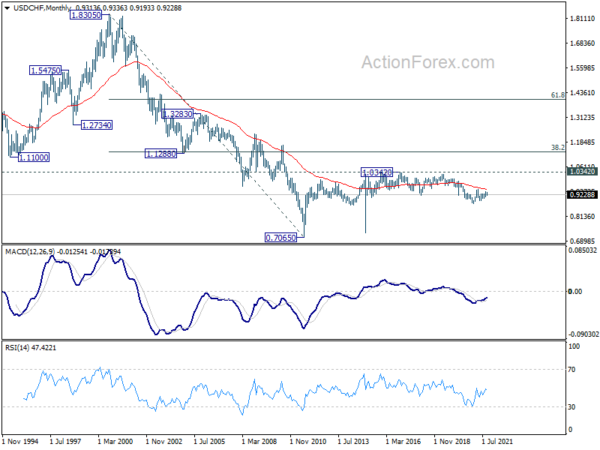