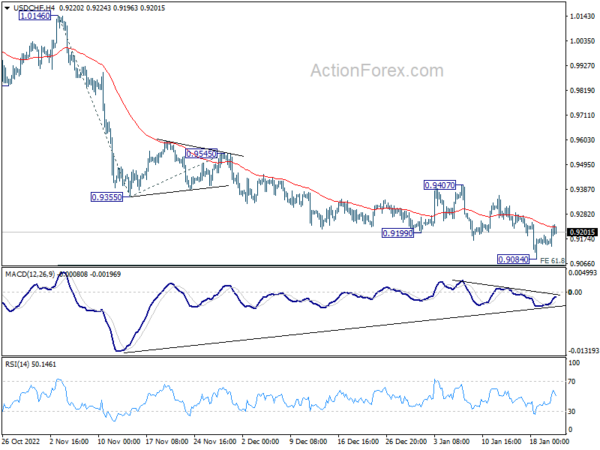 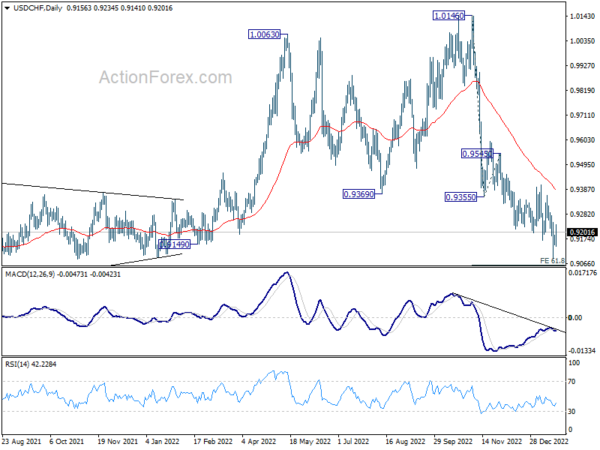 In the long term picture, long term sideway pattern from 1.0342 (2016 high) is extending and it’s probably in another medium term down leg. Downside will likely be contained by 0.8756 support in case of deeper fall. Overall, range trading should continue until further development. 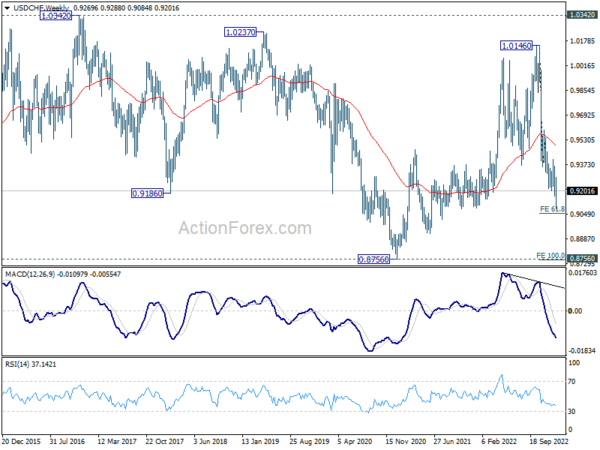 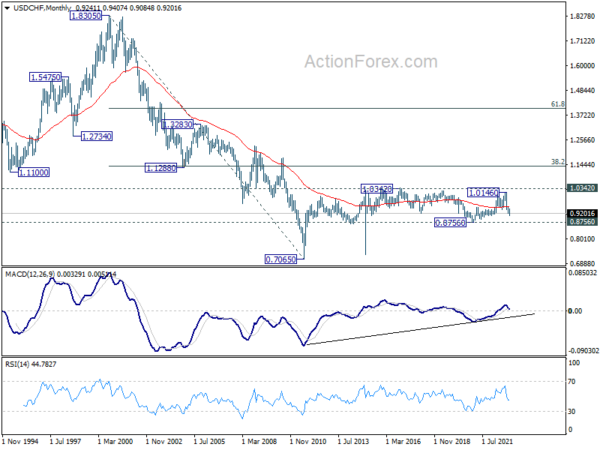