USD/CHF’s rally extended to as high as 0.9919 last week and met target of 0.9900 fibonacci level. A temporary top is likely in place and thus, initial bias is neutral this week for some consolidations first. Downside of retreat should be contained above 0.9648 resistance turned support and bring another rally. Above 0.9919 will target 1.0037 resistance next. 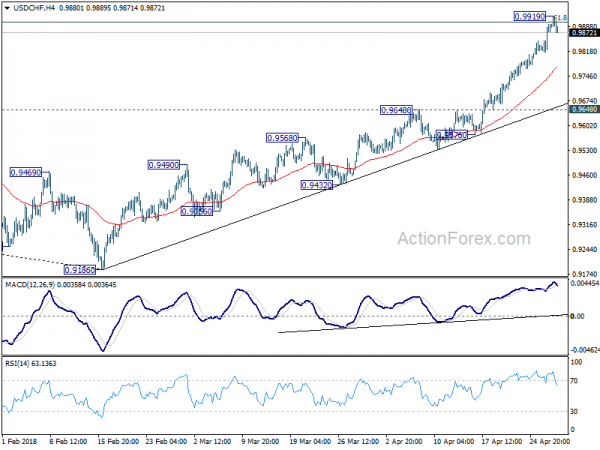 In the bigger picture, medium term decline from 1.0342 has completed with three waves down to 0.9186. Rise from there is currently viewed as a leg inside the long term range pattern. Hence, while further rally would be seen, we’d be cautious on strong resistance from 1.0342 to limit upside. For now, further rise is expected as long as 0.9648 resistance turned support holds, even in case of pull back. 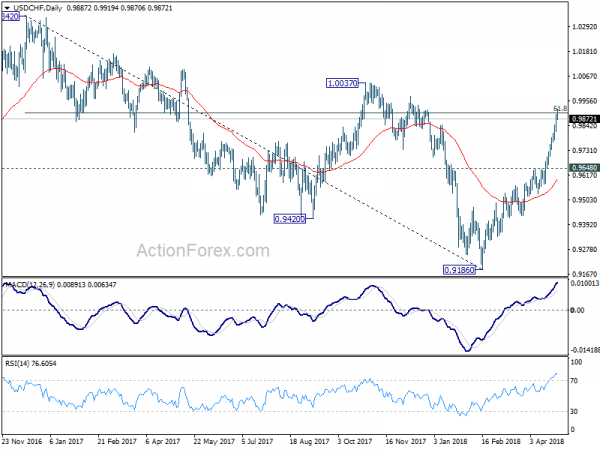 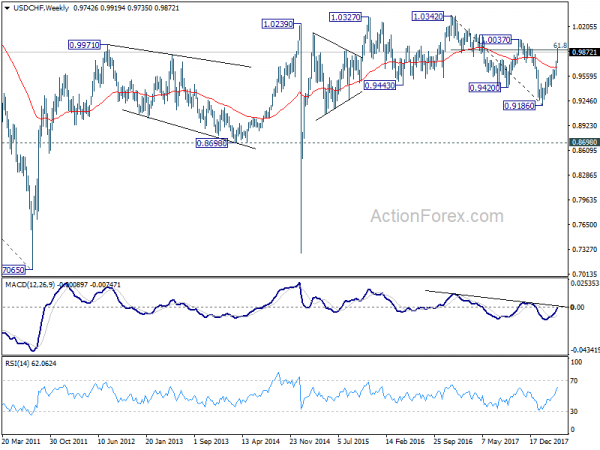 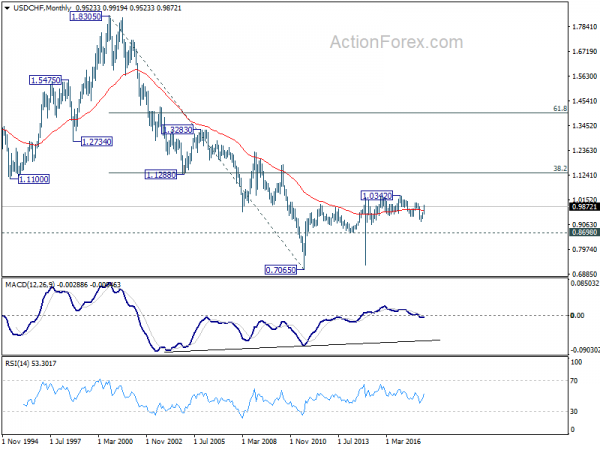