USD/JPY’s sharp fall last week suggests short term topping at 109.72. But downside is contained above 108.27 support so far. Thus, near term outlook stays bullish for further rise. On the upside, above 109.20 minor resistance will bring retest of 109.72 first. However, firm break of 108.27 will indicate near term reversal and turn outlook bearish for 106.48 support. 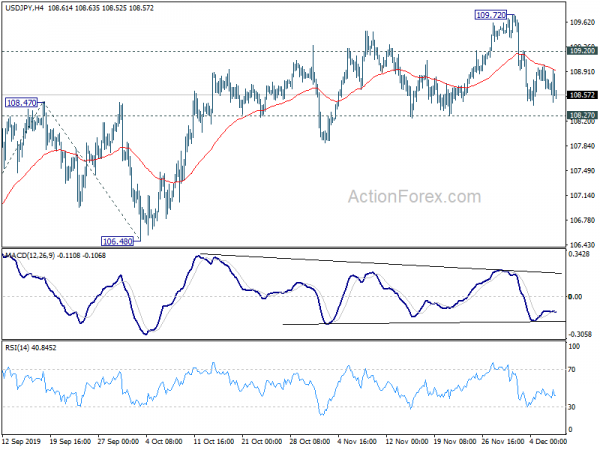 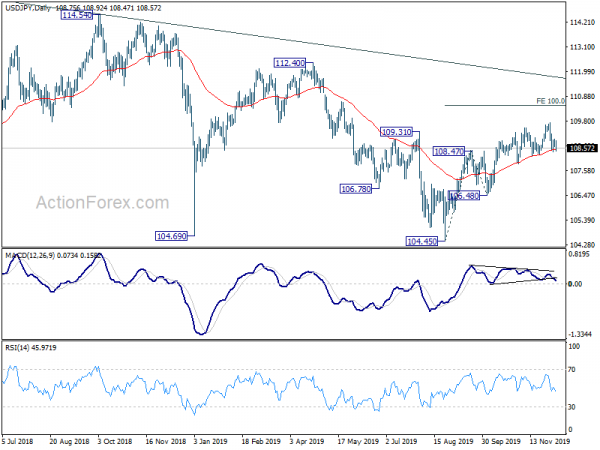 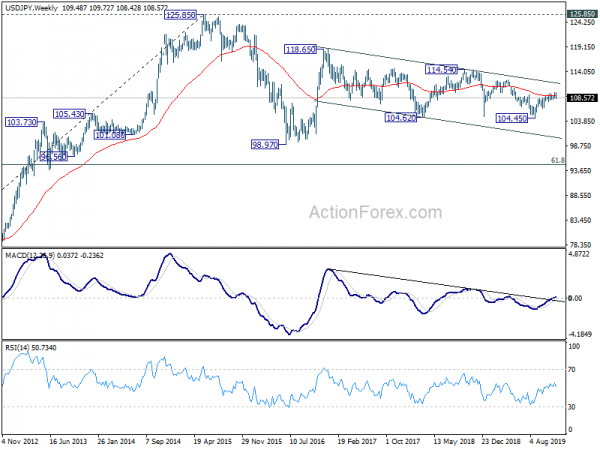