USD/JPY’s sharp decline last week suggests that corrective rebound form 104.00 has completed at 106.10. But as a temporary low was formed at 104.34, initial bias is neutral this week first. Current development argues that larger decline from 111.71 is possibly resuming. Break of 104.34 will target 14.00 low to confirm this bearish case. This will now be the favored case as long as 106.10 resistance holds, in case of stronger recovery. 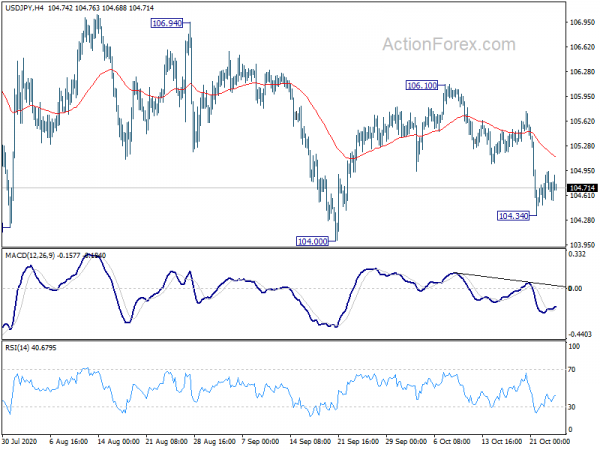 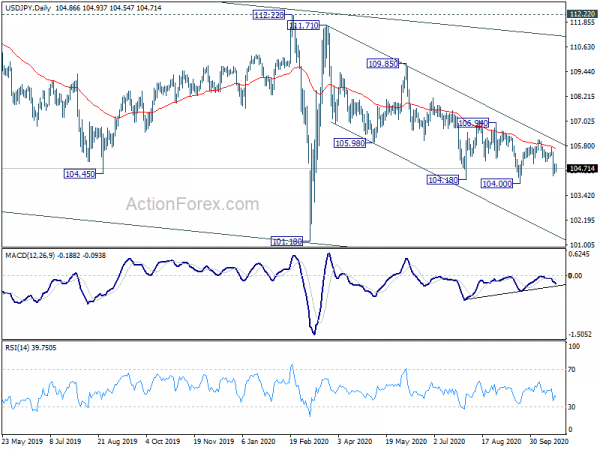 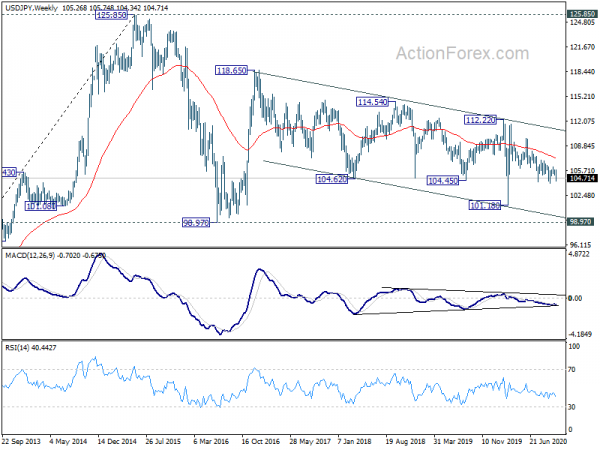 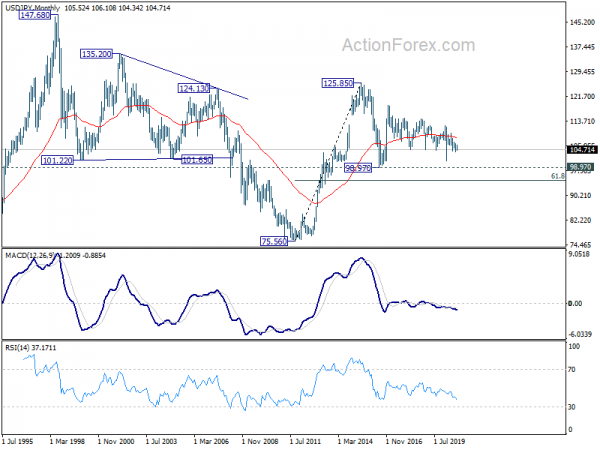