USD/JPY gyrated lower to 103.31 last week but recovered strongly since then. Initial bias stays neutral this week first. Overall, USD/JPY is still staying inside the falling channel that started at 111.71. Hence, deeper decline could be seen. Below 103.31 will bring retest of 102.58 low first. however, on the upside, break of 104.39 and sustained trading above the channel resistance will argue that the down trend from 111.71 has finally completed. Stronger rise would be seen to 105.67 resistance for confirmation. 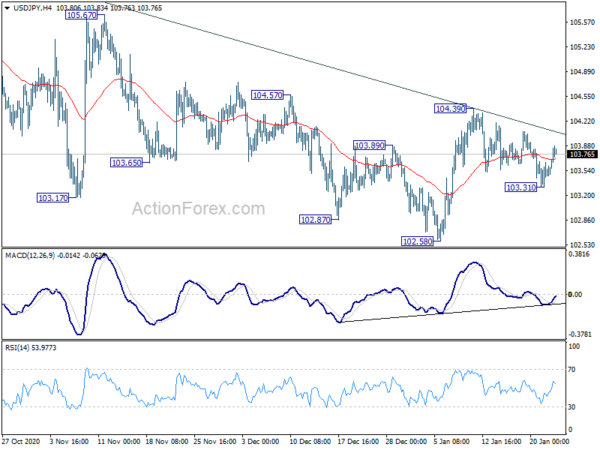 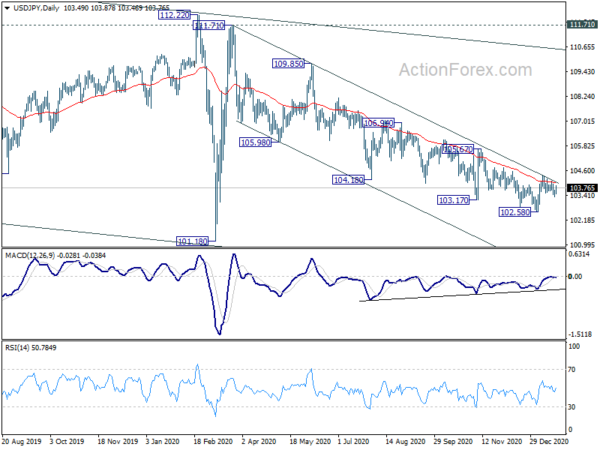 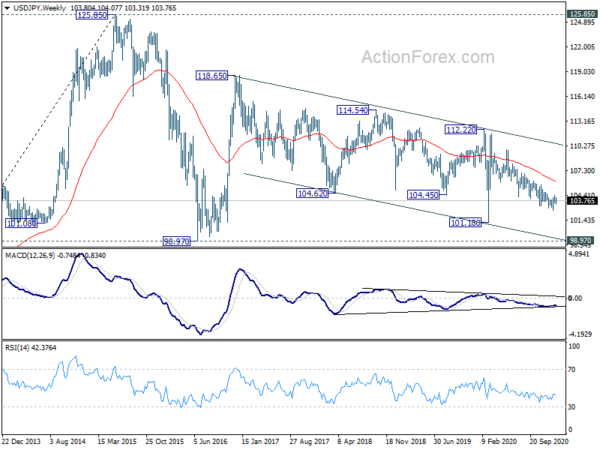 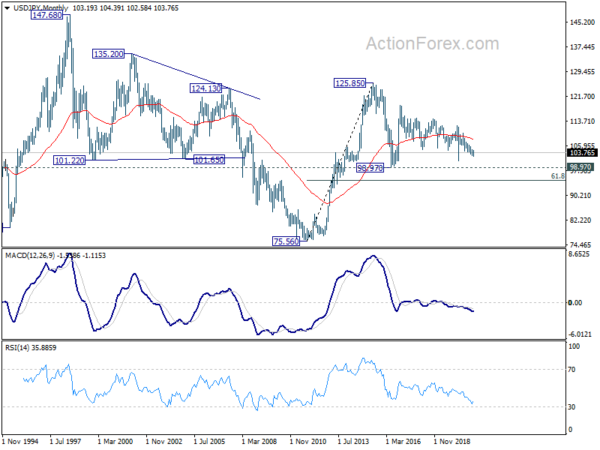