Despite intra-day initial brief rise to 109.83, lack of follow through buying on break of resistance at 109.60-67 and the subsequent retreat suggest consolidation below this level would be seen and pullback to 109.00 cannot be ruled out, however, break there is needed to signal the rebound from 108.60 has ended there, bring further fall to 108.80, then test of said support. A break of this support would confirm recent decline has resumed and may extend further weakness to 108.30 (1.618 times projection of 110.95-109.67 measuring from 110.37), then towards 108.00.

On the upside, above 109.60 would bring test of said resistance at 109.83, break there would signal low has been formed at 108.60 and bring a stronger rebound to 110.00 and later towards resistance at 110.37 which is likely to hold from here. As near term outlook is still mixed, would be prudent to stand aside in the meantime. 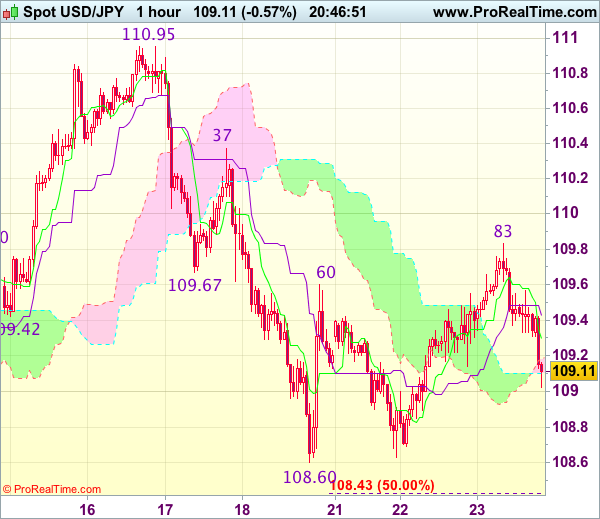