Despite yesterday’s anticipated selloff to 1.3320, the subsequent strong rebound on active cross-buying in sterling suggests low has been formed there and further choppy trading would take place, hence gain to 1.3525-30 cannot be ruled out, however, as outlook remains consolidative, reckon upside would be limited and recent high at 1.3550 should hold, bring retreat later.

In view of this, would not chase this rise here and would be prudent to stand aside in the meantime. Below the Kijun-Sen (now at 1.3421) would bring test of the lower Kumo (now at 1.3390) but downside should be limited to 1.3350-60 and price should stay well above said support at 1.3320, bring another rebound. 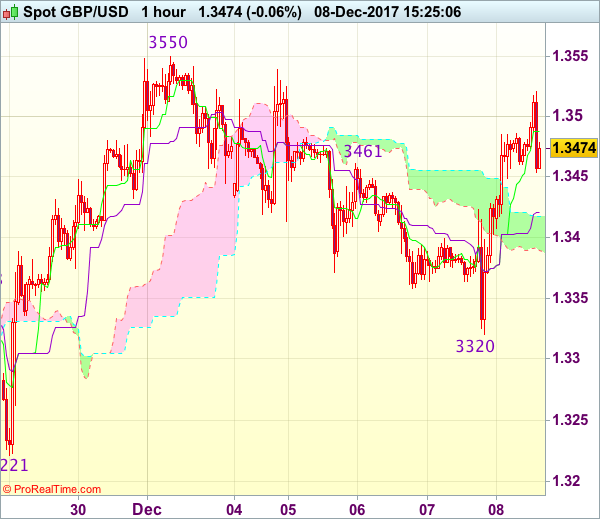