Despite falling marginally to 0.9839, lack of follow through selling on break of previous support at 0.9840 suggests consolidation would be seen and another bounce to 0.9875-80 cannot be ruled out, however, reckon upside would be limited to the upper Kumo (now at 0.9904) and bring another decline later, below said support would extend recent decline from 0.9978 top to 0.9820, then 0.9800 which is likely to hold from here due to near term oversold condition.

In view of this, would not chase this fall here and stand aside in the meantime. Above 0.9905-10 would bring another test of indicated resistance at 0.9935-36, however, break of this level is needed to revive bullishness and signal the pullback from 0.9978 has ended at 0.9840, bring retest of this level later. 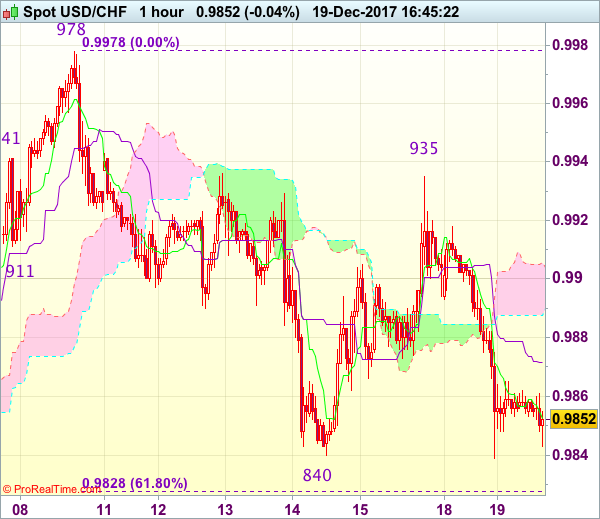