The greenback found decent demand at 1.3056 and staged a much stronger-than-expected rebound, dampening our bearishness and suggesting the decline from 1.3599 has ended at 1.2969 bark in January, hence consolidation with mild upside bias is seen for further gain to 1.3450 and then towards 1.3500, however, as broad outlook remains consolidative, reckon upside would be limited to 1.3540-50 and price should falter well below resistance at 1.3599, bring further choppy trading within recent established broad range.

On the downside, whilst pullback to 1.3310-20 cannot be ruled out, reckon the lower Kumo (now at 1.3256) would limit downside and price should stay above the Kijun-Sen (now at 1.3186), bring another rise later. A daily close below the Kijun-Sen would suggest top is possibly formed, bring weakness to 1.3150-60, however, downside should be limited to 1.3100 and said support at 1.3056 should remain intact. Only a drop below 1.3056 support would revive bearishness and signal the rebound from 1.2969 has ended, then test of 1.3009 support would be seen first. 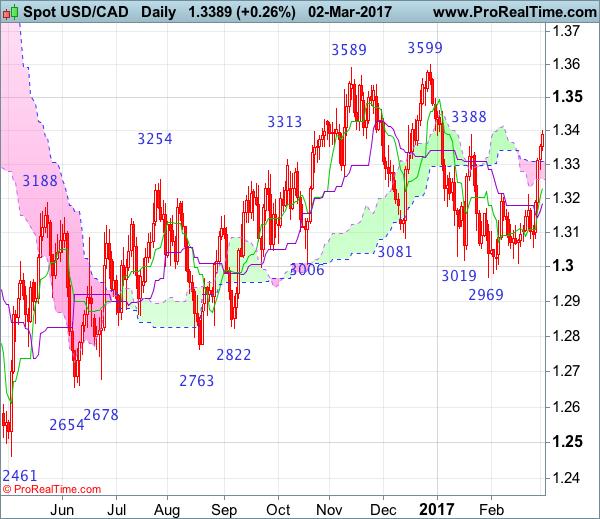 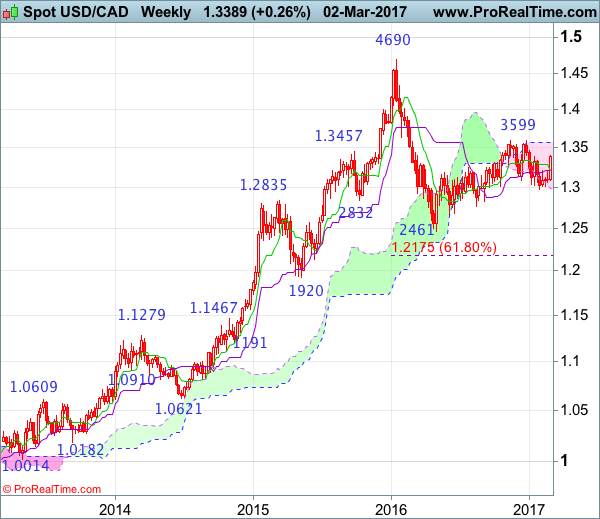