The single currency continued trading in relatively narrow range since running into resistance at 1.1910 earlier this month, retaining our view that further consolidation below this level would be seen and near term downside risk remains for another corrective fall, below support at 1.1662 would bring retracement of recent rise to 1.1590-00, however, reckon 1.1540-45 would contain correction and bring another rise later. Above 1.1790 would bring test of resistance at 1.1847 but break there is needed to confirm the pullback from 1.1910 has ended, bring retest of this level later. Looking ahead, only break there would confirm recent upmove from 1.0340 low has resumed and extend headway to 1.1950, then psychological level at 1.2000, having said that, loss of upward momentum should prevent sharp move beyond 1.2165. 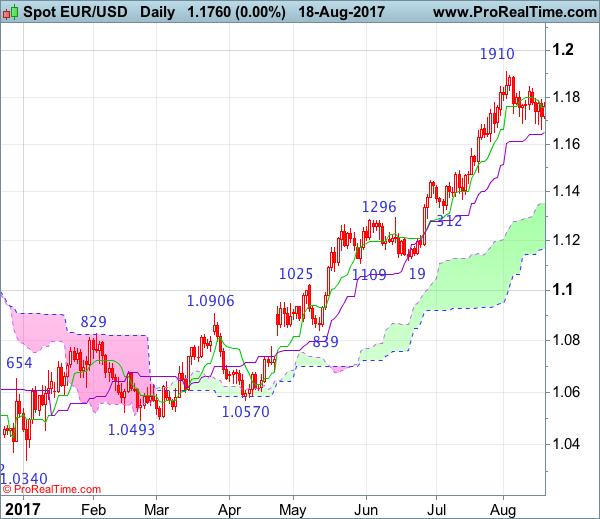 On the weekly chart, although the single currency recovered after finding support at 1.1662 late last week and a candlestick with a long lower shadow was formed, as long as resistance at 1.1847 holds, risk of another corrective fall to 1.1613 support cannot be ruled out but break there is needed to suggest a temporary top is formed, bring retracement of recent upmove to the Tenkan-Sen (now at 1.1541) and later towards 1.1435, having said that ,downside should be limited to 1.1370 and support at 1.1312 should remain intact, bring rebound later. 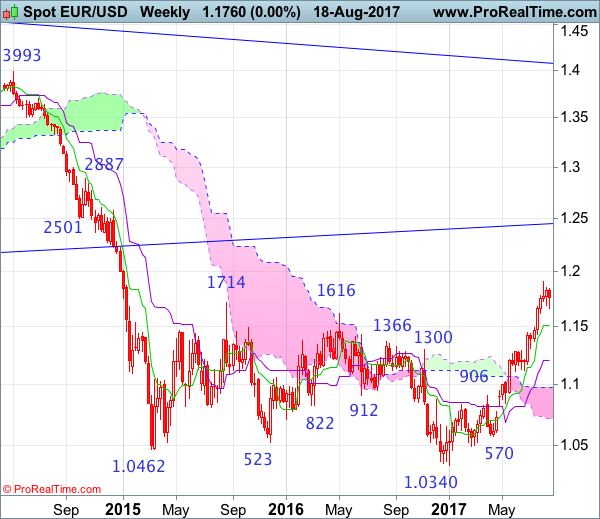