As the single currency has retreated after rising to 1.1713, suggesting consolidation below this level would be seen, however, reckon downside would be limited to the Kijun-Sen (now at 1.1551) and bring another rise later, above said resistance at 1.1713 would extend recent upmove to 1.1770-80, then 1.1800-10, having said that, loss of upward momentum should prevent sharp move beyond 1.1850-60 and reckon 1.1900 would hold from here, risk from there is seen for a retreat to take place later.

On the downside, expect pullback to be limited to 1.1600 and the Kijun-Sen (now at 1.1551) should hold, bring another rise later. A daily close below the Kijun-Sen would defer and suggest a temporary top has possibly been formed instead, bring weakness to 1.1520-25 but only break of 1.1485 support would confirm and bring retracement of recent rise to 1.14225-30, then towards support at 1.1388 which is likely to hold form here. 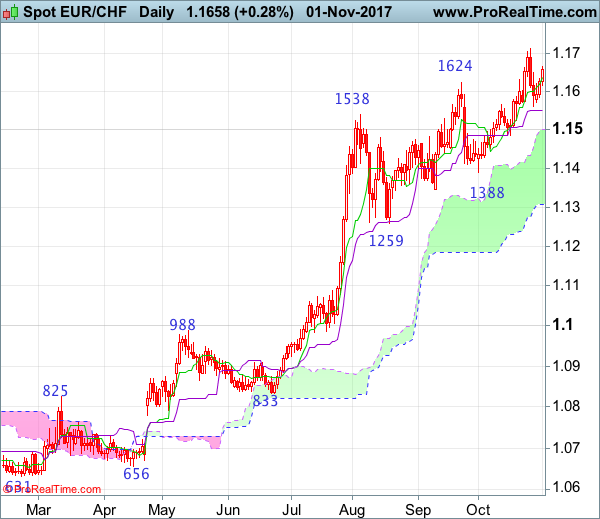 On the weekly chart, despite last week’s rise to 1.1713, lack of follow through buying and the subsequent retreat formed a doji star, hence minor consolidation below this level would be seen and pullback to the Tenkan-Sen (now at 1.1529) cannot be ruled out before prospect of another rally, above said resistance at 1.1713 would extend medium term upmove from 0.8426 low to 1.1760-70, then 1.1800-10 but overbought condition should prevent sharp move beyond 1.1840-50 and reckon 1.1900-10 would hold, price should falter well below 1.2000, risk from there has increased for a retreat to take place later.

On the downside, whilst pullback to 1.1570-75 cannot be ruled out, reckon the Tenkan-Sen (now at 1.1529) would limit downside and bring another rise later to aforesaid upside targets. Only below support at 1.1485 would defer and suggest a temporary top is formed, bring retracement of recent rise towards support at 1.1388, below there would provide confirmation, then further fall to 1.1345 support would follow. Looking ahead, once this level is penetrated, this would turn outlook bearish for further subsequent decline to 1.1300, then towards another previous support at 1.1259. 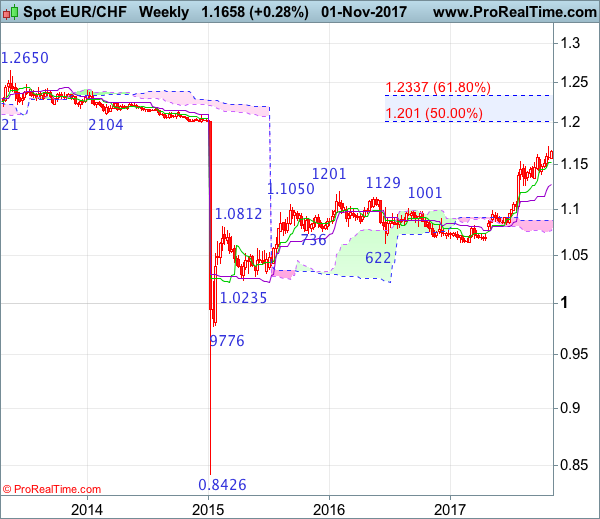