As the single currency retreated after marginal rise to 122.89, suggesting minor consolidation below this level would be seen and pullback to 122.00-05 cannot be ruled out, however, reckon downside would be limited to 121.70-80 and bring another rise later, above said resistance at 122.89 would signal the rise from 118.24 low is still in progress and may extend further gain to 123.30-35. Looking ahead, a sustained breach above this level is needed to retain bullishness and signal early erratic fall from 124.10 top has ended at 118.24, bring further rise to 123.85-90 first.

In view of this, would not chase this rise here and would be prudent to reinstate long on pullback as 121.70-80 should limit downside and bring another rise. Below 121.30 would abort and signal top is formed instead but only break of previous resistance at 121.13 would confirm and bring further fall to 120.45-50 first. 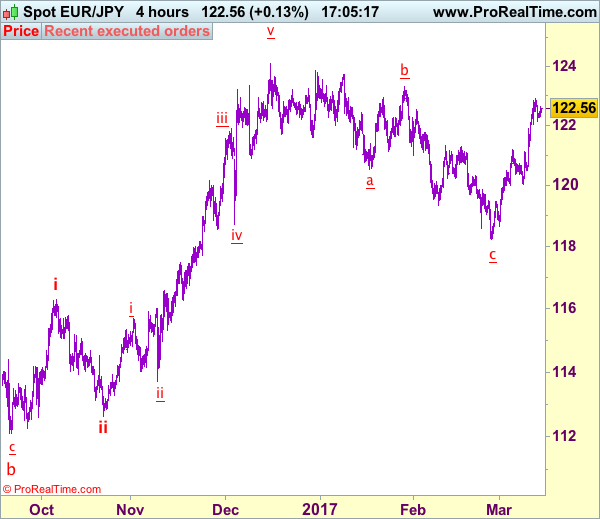