As aussie has retreated after meeting resistance at 0.7645, suggesting consolidation with mild downside bias would be seen and pullback to 0.7550-55 cannot be ruled out, however, break there is needed to signal the rebound from 0.7532 (last week’s low) has ended, bring retest of this level later, break there would extend recent decline from 0.8125 top for further weakness to 0.7500, then 0.7470. 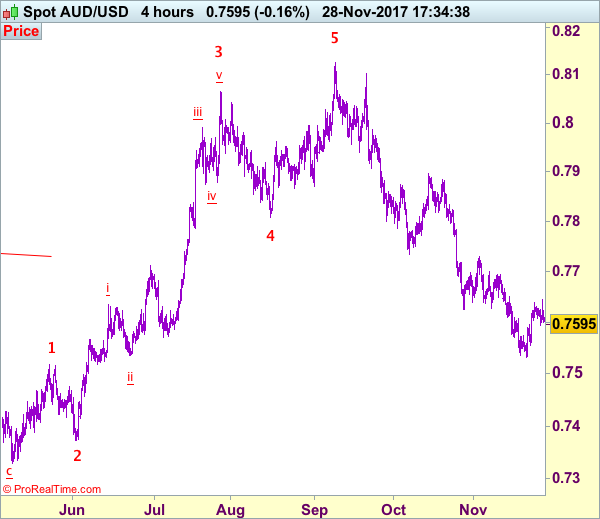