Outlook in USD/CAD remains unchanged after last week’s price actions. Down trend from 1.4667 has recently resumed and is expected with another fall through 1.2928 sooner or later. While stronger rebound might be seen, outlook will stay bearish as long as 1.3389 resistance holds. On the downside, break of 1.3034 minor support will bring retest of 1.2928 temporary low. 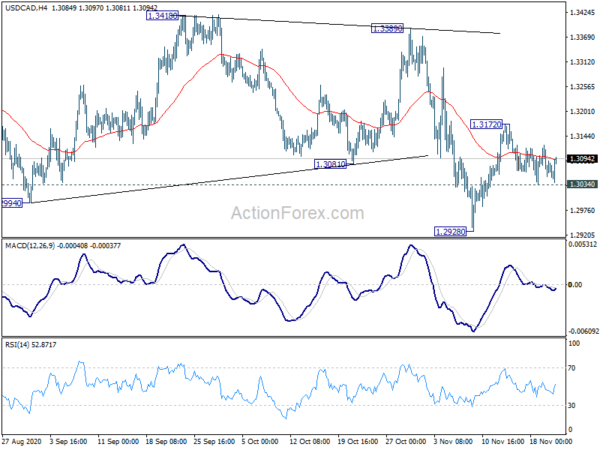 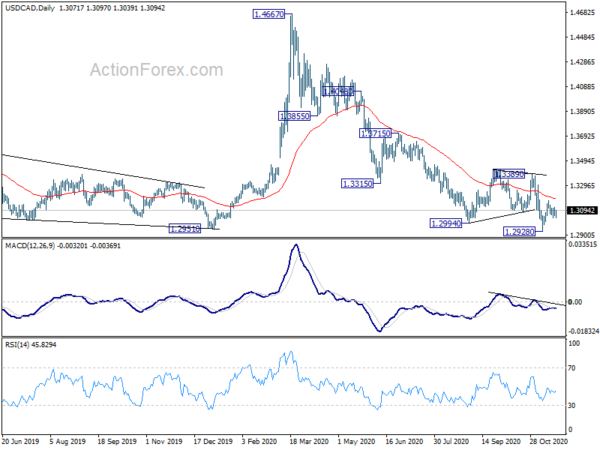 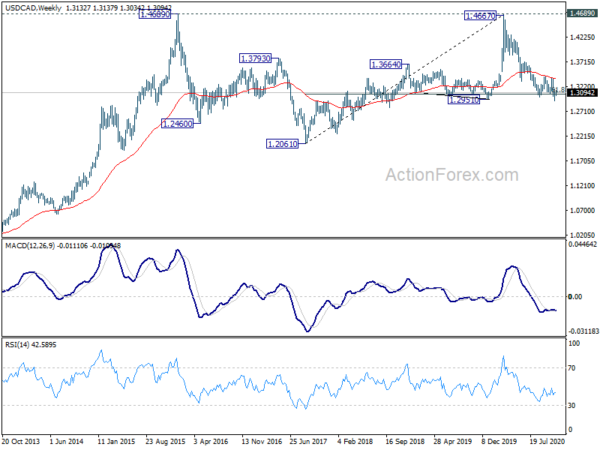 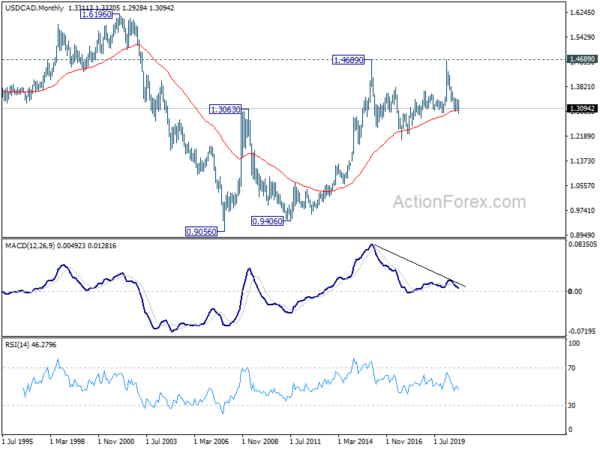