The Japanese Yen jumps broadly in Asian session today on risk aversion as North Korea fired four ballistic missiles into nearby waters. Some analysts pointed out that the missile tests reminded the markets of the unpredictability of Kim Jong Un leadership. Japan prime minister Shinzo Abe warned that the missile launches "clearly show that this is a new level of threat" from North Korea". Nikkei responded by trading down around -0.5% at the time of writing and stays in red for the whole session. Yen surges against all most currencies today. In particular, USD/JPY’s rejection from 114.94 near term resistance since last Friday maintains it’s neutral outlook for the moment. Released in Asia, Australia TD securities inflation dropped -0.3% mom in February. Australia retail sales rose 0.4% mom in January, in line with consensus.

China to target 6.5% growth this year

In China, Chinese Premier Li Keqiang suggested at the National People’s Congress that the government’s GDP growth target for this year is "around 6.5%, or higher if possible", down from 2016’s 6.5-7.0%. Inflation target stays at around 3% and a fiscal deficit at around 3% of GDP. The growth target of money supply M2 has been lowered, by -1 percentage point, to 12%. As suggested in the Work Report, the RMB exchange rate will "be further liberalized, and the currency’s stable position in the global monetary system will be maintained". A number of Chinese macroeconomic data would be released including trade balance and inflation.

NFP to highlight the week, with RBA and ECB featured

The economic calendar is rather light today with only Eurozone retail sales PMI, Sentix investor confidence and US factory orders featured. RBA and ECB will meet this week. And both central banks are expected to stand pat. Main focus will be on US non-farm payroll report this week. Fed chair Janet Yellen’s speech last Friday proved hawkish, indicating that the FOMC would "evaluate whether employment and inflation are continuing to evolve in line with our expectations, in which case a further adjustment of the federal funds rate would likely be appropriate". CME’s 30-day Fed funds futures priced in almost 80% chance of a rate hike next week. We do not expect the February employment (due Friday) and inflation (due next week) would derail the scenario. But a strong set of NFP report will solidify the case for a March hike and push Dollar further higher. 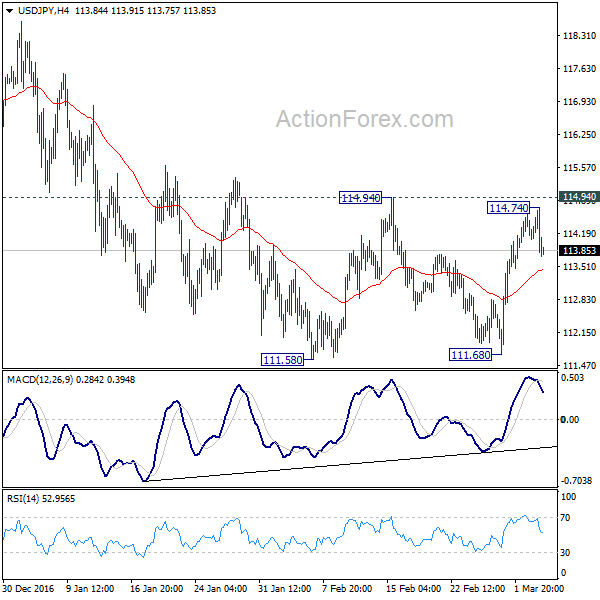 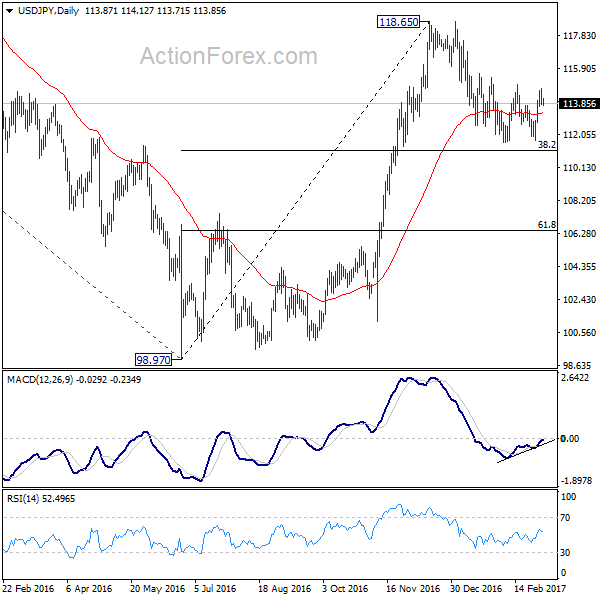