The forex markets are generally trading in very tight range in Asian session. While DOW surged to new record high overnight, Asian indexes are just mixed. Dollar started a pull back but there is no clear follow through selling so far. At the same time, commodity currencies are generally stronger for the week, as supported by risk-on sentiment. But there is no breakout yet. The markets are still awaiting inspirations for the next committed move.

Technically, EUR/USD’s decline slowed and recovered ahead of 1.16/17 key support zone. The question is whether it could form a base around current level and stage a reversal. Immediate attention in on 1.1768 minor resistance. Break will probably bring stronger rebound back to 1.1907 near term resistance. Such development, if happens, could be an early sign of Dollar weakness elsewhere.

DOW hit new record as up trend enters into acceleration

DOW rose to close at new record high at 35484.97 overnight, up 0.62%. The slight moderation in core CPI in the US seemed to be welcome by investors. The development so far affirmed the view of the “transitory” camp in Fed. While it’s still on track for tapering, probably sooner than expected, there is still much room to wait-and-see before eventually raising interest rates, probably late next year. 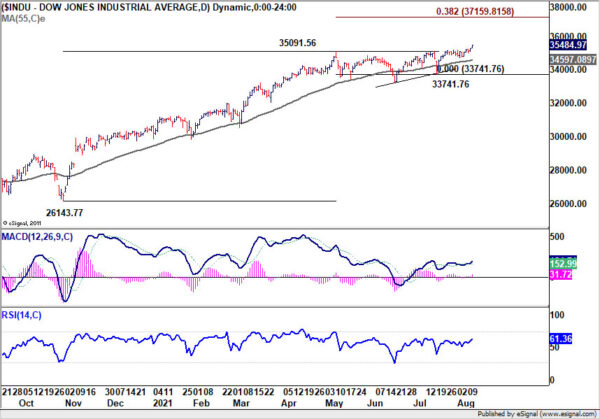 Fed Kaplan: Could announce tapering in Sep, starts in Oct

“The reason I’m saying we ought to begin the tapering soon is I think these purchases are very well equipped to stimulate demand. But we don’t have a demand problem in the economy,” he told CNBC.

“My thought is I’d rather take the foot off the accelerator soon and reduce the RPMs,” he added. “What I don’t want to do is keeping running at this speed for too long and then we’re going to have to take more aggressive action down the road.”

Fed George: Time has come to dial back the settings

Kansas City Fed President Esther George said in a speech, “with the recovery underway, a transition from extraordinary monetary policy accommodation to more neutral settings must follow”. She added, “today’s tight economy… does signal that the time has come to dial back the settings” of monetary stimulus.

“While recognizing that special factors account for much of the current spike in inflation, the expectation of continued strong demand, a recovering labor market, and firm inflation expectations are consistent, in my view, with the Committee’s guidance regarding substantial further progress toward its objectives. I support bringing asset purchases to an end under these conditions,” she said.

Fitch affirms Japan rating at A with negative outlook

Fitch affirmed Japan’s Long-Term Foreign-Currency Issuer Default Rating (IDR) at ‘A’ with a “negative” outlook. The ratings “balance the strengths of an advanced and wealthy economy, with correspondingly robust governance standards and public institutions, against weak medium-term growth prospects and very high public debt”. The negative outlook reflected “uncertainty about the medium-term macroeconomic and fiscal outlook from the continuing pandemic”.

UK data will take center stage today, with GDP, production and trade balance. Eurozone will release industrial production. Later in the day, US will release PPI and jobless claims. 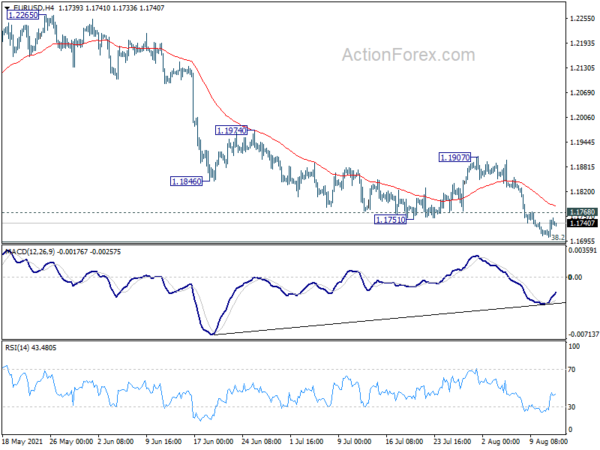 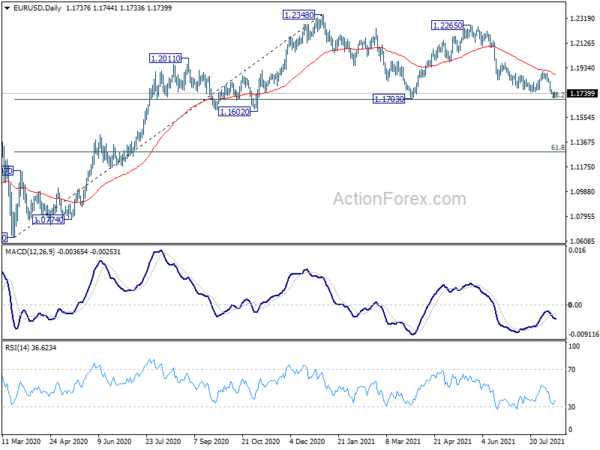