Yen is back as the worst performer on improving risk sentiment and rising yields. Dollar is trying to rally in early US session following rise in treasury yields. But strength is mainly seen against European majors and Yen only. Canadian and Australian Dollars are resilient so far. In other markets, Gold is largely staying in familiar range. WT crude oil is extending recovery, back above 113 handle. European and US stock markets are likely extending near term rebound. 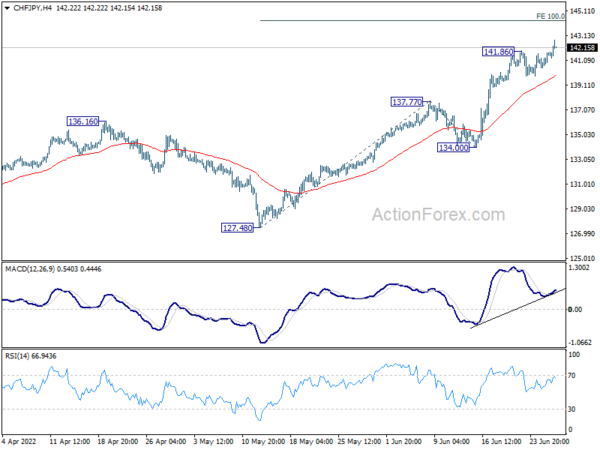 US goods trade deficit narrowed to USD 104.3B in May

ECB Lagarde: Policy normalization will continue in a determined and sustained manner

ECB President Christine Lagarde said in a speech, “based on the overall outlook, the process of normalizing our monetary policy will continue in a determined and sustained manner.” However, given the uncertainty, “the pace of interest rate normalization cannot be defined ex ante.” She emphasized that the appropriate policy stance has to incorporate the “principles of gradualism and optionality”.

As for policy moves ahead, Lagarde reiterated that ECB will end net asset purchases on July 1, then hike the three interest rates by 25bps at next meeting on July 21. Also, “a larger increment” would be appropriate at the September meeting, “if the medium-term inflation outlook persists or deteriorates”.

Beyond September, the Governing Council has agreed that a “gradual but sustained” path of further rate increases will be appropriate. “The starting point at each meeting will be an assessment of the evolution of the shocks, their implications for the outlook and the degree of confidence we have in inflation converging to our medium-term target,” she said.

ECB Governing Council member Martins Kazaks told BloombergTV today that if the central bank hikes by 25bps in July, then a 50bps hike might be needed in September. He argued that ECB might need to considering a 50bps hike in July instead.

“If we see that the situation has worsened, that inflation is high and we see negative news in terms of inflation expectations, then in my view front-loading the increase would be a reasonable choice,” he said.

Germany Gfk consumer sentiment. for July dropped from -26.2 to -27.4, better than expectation of -27.7. But that’s nonetheless another record low since 1991.

“The ongoing war in Ukraine and disruptions in supply chains are causing energy and food prices in particular to skyrocket, resulting in a gloomier consumer climate than ever before”, explains Rolf Bürkl, GfK consumer expert. “Above all, the increase in the cost of living, which is almost eight percent at present, is weighing heavily on consumer sentiment and sending it into a downward spiral.” 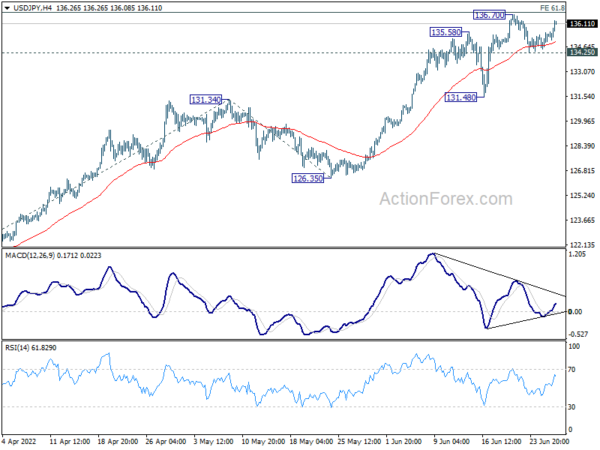 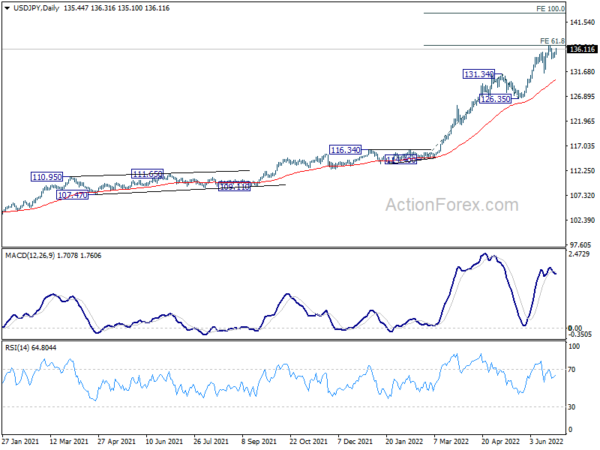