New Zealand dollar is steadily in range after RBNZ stands pat as widely expected. The central bank left the Official Cash Rate unchanged at record low of 1.75% and maintained a neutral stance. Governor Graeme Wheeler reiterated in the statement that "monetary policy will remain accommodative for a considerable period." And, "numerous uncertainties remain, particularly in respect of the international outlook, and policy may need to adjust accordingly." RBNZ acknowledged that the "trade-weighted exchange rate has fallen 4 percent since February, partly in response to weaker dairy prices and reduced interest rate differentials." While this seen as an "encouraging move" by the central bank, it reiterated that "further depreciation is needed to achieve more balanced growth."

RBNZ said that "quarterly GDP was weaker than expected in the December quarter, but some of this is considered to be due to temporary factors. The growth outlook remains positive, supported by on-going accommodative monetary policy, strong population growth, and high levels of household spending and construction activity." Regarding inflation, RBNZ noted that "headline CPI will be variable over the next 12 months due to one-off effects from recent food and import price movements, but is expected to return to the midpoint of the target band over the medium term."

Canadian dollar recovered as selloff in risk markets stabilized. WTI crude oil also recovered mildly and is back above 48 handle. The Canadian government unveiled a "stay-the-course" federal budget with few surprises. It’s perceived that the government would like to wait-and-see what US president Donald Trump would deliver on his policies first. The budget deficit is at CAD 23.0b in fiscal 2016/27 comparing to CAD 25.1b indicated last fall. But the government expects higher deficit onwards, at CAD 28.5b in fiscal 2017/18. Deficit is projected to trend low to CAD 18.8b by fiscal 2021/22.

House to vote on Trump’s AHCA

In US, stocks stabilized after the steep selloff on Tuesday. DJIA dipped to 20578.95 but pared back some losses to close at 20661.30, down -0.03% only. S&P 500 gained 0.19% to close at 2348.45, after hitting as low as 2336.45. NASDAQ was relatively stronger and closed up 0.48% at 5821.64. The major focus today is the vote on US president Donald Trump’s American Health Care Act in House. Ahead of the vote, the Congressional Budget Office released a report noting that the AHCA will release in 24 million people losing coverage over the next decade. And the costs for those insured could skyrocket, including the elderly. But nonetheless, the vote is seen as a litmus test for Trump as markets are getting more doubtful in his ability to push through economic policies. 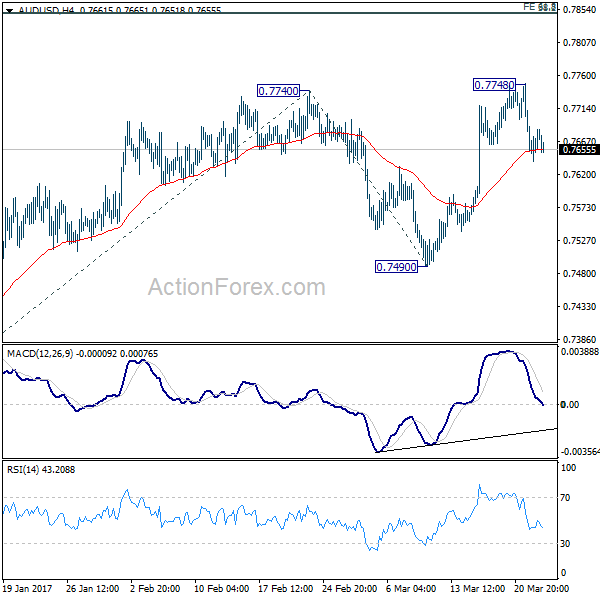 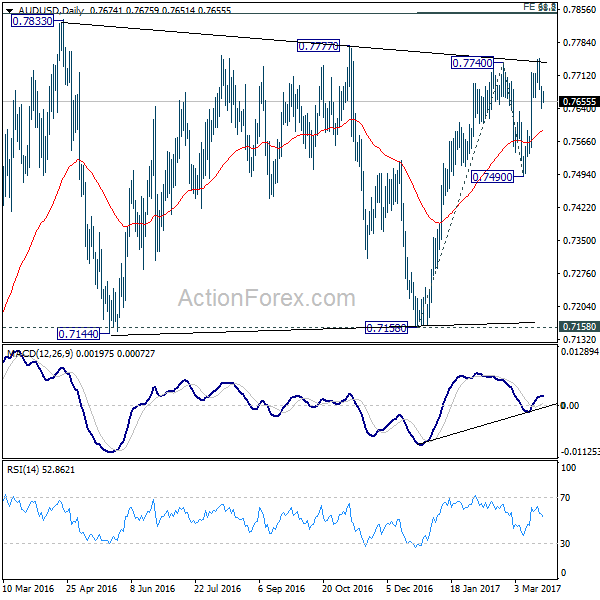