The financial markets stabilized today with major European indices trading mixed. DAX jumps 0.5% at the time of writing while FTSE and CAC stays in tight range around break even. US futures also point to flat open. In the currency markets, commodity currencies are soft but generally confined in yesterday’s range. Yen is firmer against all others but there is no follow through buying to push it throw Monday’s highs yet. Dollar, on the other hand, remains mixed. Released from US, trade deficit fell shrank in February to USD -64.8b, comparing to prior month’s USD -68.8b and expectation of -66.6b. Wholesale inventories rose more than expected by 0.4% in February. S&P Case-Shiller 20 cities house price rose 5.7% yoy in January.

Sterling pares back some of its earlier gain this week. Markets are awaiting UK Prime Minister Theresa May to trigger Brexit tomorrow. There are talks that while many officials are involved in the negotiation between EU and UK, German Chancellor Angela Merkel and UK May are the two key persons. Meanwhile, Brexit secretary David Davis will go head-to-head with EU chief negotiator Michel Barnier. European Council President Donald Tusk and the head of the council’s Brexit task force Dider Seeuws are the other key persons on the EU’s side. On the UK side, there will be significant involvement from UK ambassador to EU Time Barrow and director general of David Davis’s department Sarah Healey. The comments from these figures will be closely watched as the negotiation starts.

In Australia, RBA board member Ian Harper said that the current "export phase" of the mining boom is going to extend for another 30 years. He noted that resources booms usually have three phases, "the prices phase, the investment phase and the export or production phase". And, "we’re well and truly into the export, or production phase, and that will last probably for the next 30 years – this is still very much a large issue." Meanwhile, he also said that "and as mining investments come off, as the mining boom moves from the second phase to the third phase, the nature of its contribution changes." Hence, policy makers were keen to see rebalancing in the economy as the export phase gets underway.

The financial markets generally stabilized temporarily from the risk selloff today. Trump administration’s failure to repeal and replace Obamacare has hurt market sentiment, triggering concerns over the feasibility of the president’s pro-growth policy agenda. In the FX market, US dollar fell across the board amidst concerns that reflation trades since Trump’s victory is over. More downside is expected in USD/JPY in near term. But, in the medium-term, we remain positive over USDJPY, or US dollar in general. The next move for the Fed is a rate hike, rather than a rate cut. Policymakers would turn more upbeat should incoming macroeconomic data remain strong. Moreover, we believe USD as well as Treasury yields would be lifted as we come closer to the next rate hike. More in Staying Positive In USDJPY Despite Near-Term Weakness. 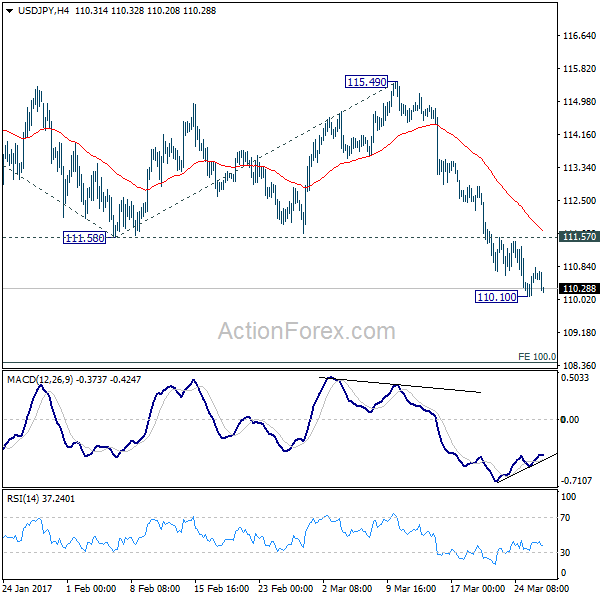 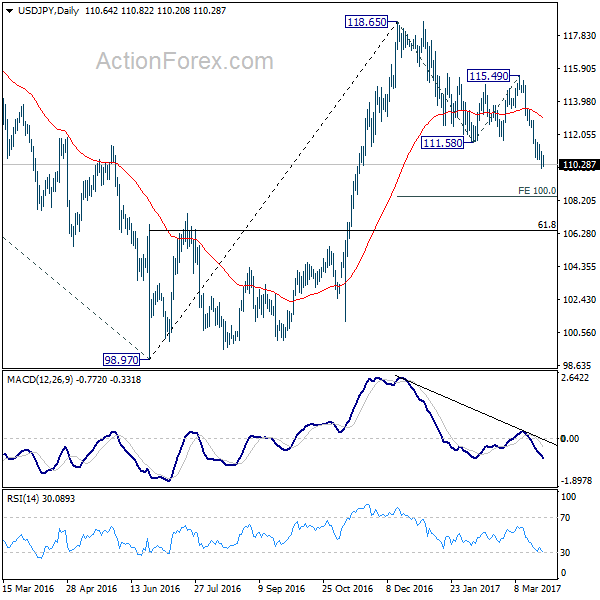