The financial markets are lacking clear direction for the moment. DJIA hit new record high at 20155.35 overnight but pared back much gain to close at 20090.29, up only 0.19%. Treasury yields dropped rather notably with 10 year yield closed down -0.024 at 2.389 as recent consolidation extends. Dollar index reached as high as 100.72 but failed to break through 55 day EMA and retreated, currently at 110.40. Dollar’s rebound lost momentum as weighed down mildly by dovish comments from a Fed official. Meanwhile, Sterling regained footing after hawkish comments from BoE policy maker. Some more time is needed for the markets to seek clarity on the directions.

Minneapolis Fed President Neel Kashkari’s views expressed in an unusual blog post "Why I Voted to Keep Rates Steady" indicated that he’s in no rush to hike interest rate. He pointed out that monetary policy has been accommodative for several years without rapid tightening of job market, nor sudden surge in inflation. And hence, "this suggests monetary policy has only been moderately accommodative over this period." And, job markets has "improved substantially" and the US is "approaching maximum employment". However, "we aren’t sure if we have yet reached it. We may not have." He concluded by noting that "from a risk management perspective, we have stronger tools to deal with high inflation than low inflation."

Sterling recovers after some hawkish comments. BoE policy maker Kristin Forbes said "if the real economy remains solid and the pickup in the nominal data continues, this could soon suggest an increase in bank rate." She noted that it’s "increasingly difficult" for her to justify "tolerating" a "large and likely overshoot of inflation". Meanwhile, "the forecasted sharp deterioration in unemployment and growth in the immediate aftermath of the referendum has not transpired." Swaps are pricing in around 30% of a BoE rate hike by year end.

BoJ released the summary of opinions from the January 30-31 meeting today. The board generally saw improvements in exports, consumer spending and capital expenditure. One policy maker noted that Japan’s economic recovery has "strengthened" since the second half of 2016. And, "positive synergy effects are being produced by improvement in overseas economies, economic stimulus measures by the government, and enhanced monetary easing." However, there was a tone a caution in general over political developments globally, including US president Donald Trump’s policies and Brexit. 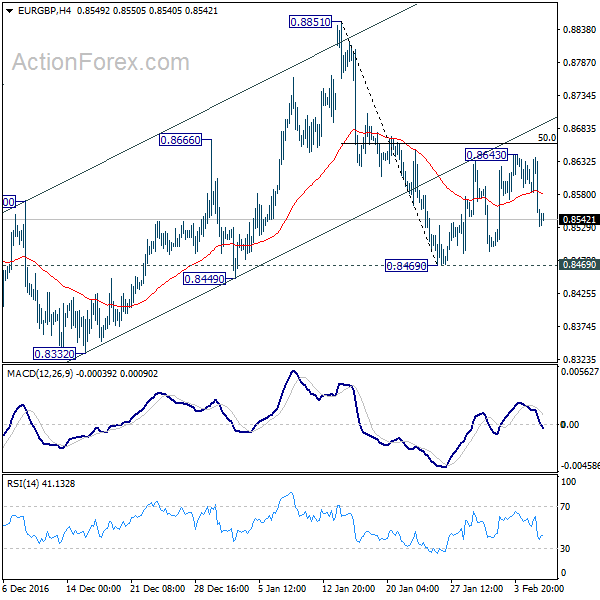 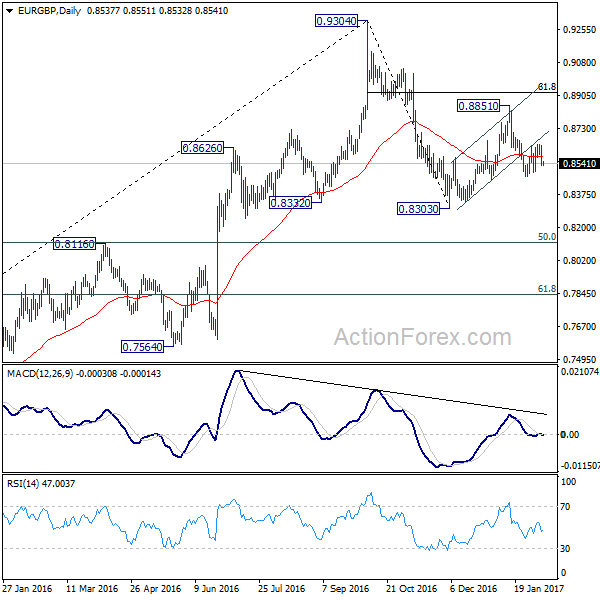