Dollar ended the week as a big loser after the highly anticipated Jackson Hole Symposium. It was pointed out before that there were little expectations for comments on monetary policies from Fed Chair Janet Yellen and ECB President Mario Draghi. And the reactions indeed showed that traders were relieved by the lack on cover on monetary policies. And business returned to usual with EUR/USD resuming recent up trend while Dollar was back under pressure. While Dollar still managed to end higher against Yen, near term outlook remained bearish in USD/JPY and it’s just a matter of time to see downside breakout in the pair. Focus will now turn to key economic data including non-farm payroll from US but it’s unlikely to safe the Dollar. Another focus to watch this week is another round of Brexit negotiation.

Yellen didn’t touch on Fed’s monetary policy in her speech Financial Stability a Decade after the Onset of the Crisis. Instead, she made use of this high profile occasion to openly defend the post financial crisis regulations. And that is seen as a statement that she will not turn her back on the reforms even if she’s re-appointed as Fed chair after the current term expires in February. Yellen emphasized that "the events of crisis demanded action, needed reforms were implemented and these reforms have made the system safer". And she warned that "already, for some memories of this experience may be fading – memories of just how costly the financial crisis was and why certain steps were taken in response". And she pointed out that "the balance of research suggests that the core reforms we have put in place have substantially boosted resilience without unduly limiting credit availability or economic growth."

Yellen also pledged that "the Federal Reserve is committed to evaluating where reforms are working and where improvements are needed to most efficiently maintain a resilient financial system." And, "any adjustments to the regulatory framework should be modest and preserve the increase in resilience at large dealers and banks associated with the reforms put in place in recent years." Some analysts saw Yellen’s speech as equivalent to submission of resignation to US President Donald Trump for the job of Fed chair. Trump has been openly attacking the regulations since the 2010 Dodd-Frank act and criticized that they hurt lending and the economy. Yellen’s message is clear that if she’s taken as Fed chair again, she’s going to defend the regulations to the end.

…but front-runner Cohn also ruled himself out

According to a recent survey by the National Association for Business Economics, only 17% expected Fed Chair Janet Yellen would be offered a second term. Among the contenders, 49% expect White House economic adviser Gary Cohn would be picked for the top Fed job. Cohn said earlier in February that "we’re going to attack all aspects of Dodd-Frank". But at the same time, it’s reported by the New York Times yesterday that Cohn has indeed drafted a resignation letter to Trump after the latter blamed "both sides" for the violence at a rally by white supremacists and neo-Nazis in Charlottesville. Cohn also said in an interview by the Financial Times yesterday that he was "compelled to voice his distress over the events of the last two weeks" even though he didn’t want to leave the job. And, Roger Stone, a long time adviser to Trump, tweeted that Cohn should be "fired immediately for his public attack on the president".

Uncertainties to continue to weigh on Dollar

So now, the one thing that is pretty sure is that Fed will announce unwinding of the balance sheet in September. It’s a big question if Fed will hike again in December, and fed fund futures are pricing in around 40% chance of that. It’s another big question who will lead Fed after February. And it’s question what policy bias would Fed adopt after that. It’s probably even a bigger question whether the Congress would raise the debt ceiling on time to avoid government shut down or debt default, with or without the border wall. And, not to mention, given the never-ending drama in the White House, it’s uncertain when the promised tax reforms and infrastructure spending be done. All these development will be dollar negative in near term.

Draghi didn’t touch much on ECB’s monetary policy neither. He just noted that "we haven’t seen yet that self-sustained convergence of inflation toward our objective, our medium-term objective." And, "on one hand, we are confident that as the output gap closes, inflation will continue to converge to its objective over the medium term. On the other, we have to be very patient" and "a significant degree of monetary accommodation is still warranted." The key takeaway regarding monetary policy is that Draghi isn’t too concerned with the current outlook of inflation, growth nor the exchange rate. And he will wait for the September meeting with other policymakers for discussions on tapering the asset purchases or stimulus exit.

Instead, Draghi made use of the podium to talk about global challenges in his speech titled Sustaining Openness in a Dynamic Global Economy. He emphasized that "openness to trade is under threat, and this means that policies aimed at answering this backlash are a vital part of the policy mix for dynamic growth." And he warned that "a turn towards protectionism would pose a serious risk for continued productivity growth and potential growth in the global economy." He pointed out that protectionism is a risk that "is particularly acute in the light of the structural challenges facing advanced economies." Also, "to foster a dynamic global economy we need to resist protectionist urges. But to do so, we also need to identify how best to respond to protectionism." 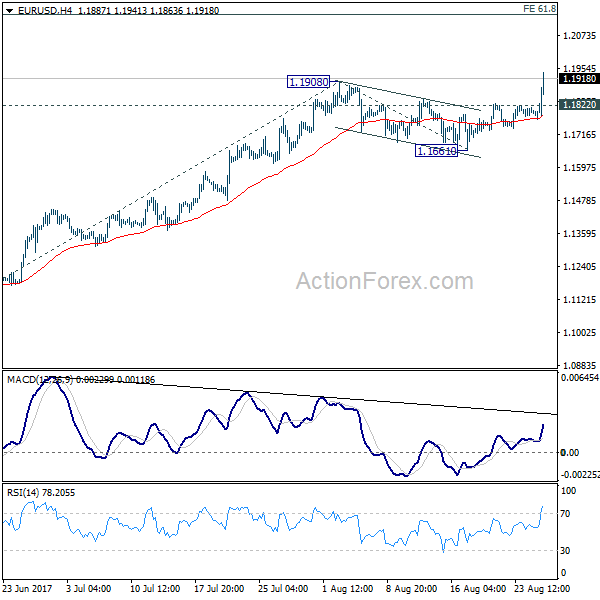 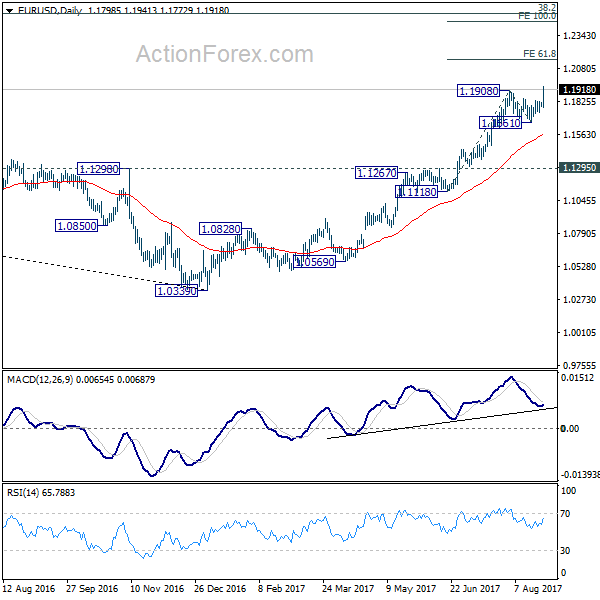 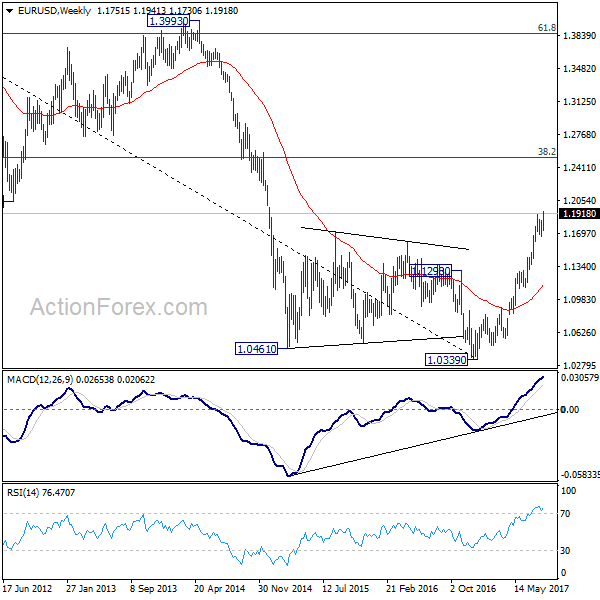 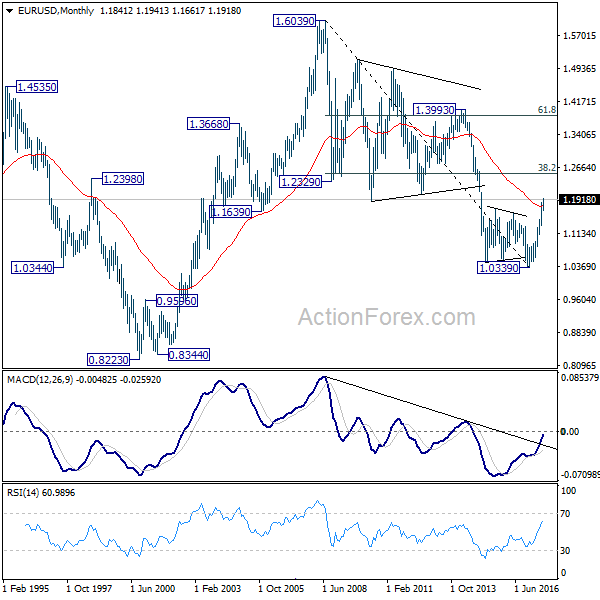