Euro Resilient after an Eventful Week, Focus Stays on Politics ahead

There were a lot of happenings in the financial markets last week. The more hawkish than expected FOMC announce was supposed to give Dollar a strong boost. But it was the resilience of Euro that’s much more convincing. New Zealand Dollar ended as the strongest one leading up to Saturday’s election. Kiwi traders should be given a relief after the ruling National Party won the election, even though without outright majority. On the other hand, Canadian Dollar ended as the weakest as recent consolidation continued. Yen and Swiss Franc followed as the next weakest in an era of global monetary stimulus exit.

There are a lot of things to focus on this week. The list includes reactions to New Zealand election, reactions to Germany elections, reactions to UK Prime Minister Theresa May’s Brexit speech in Italy, start of the fourth round of Brexit negotiation, Moody’s downgrade of UK’s credit rating, Trump’s long awaited tax plan, Japan Abe’s call for snap election. And of course, no one really knows what is going to happen next between US and North Korea.

Dollar was supposed to be a star performer last week after the more hawkish than expected FOMC announcements. However, the greenback has indeed closed lower against Euro and Kiwi. The key take away from FOMC was that policymakers kept the interest rate projections for 2017 and 2018 unchanged. That is, they’re expecting one more hike this year, and three more next year. More in .Fed To Reduce Balance Sheet From October, Committed To One More Rate Hike This Year. Such expectation is clearly seen in market pricing. Fed fund futures are pricing in 72.8% chance of a December hike, comparing to 52.6% a week ago, and 33.8% a month ago.

However, momentum of the greenback was limited by geopolitical and domestic uncertainties. The tension between US and North Korea escalated again last week first as US President Donald Trump warned in his United Nations speech to "totally destroy" North Korea. Then Trump issued a new executive order, granting the Treasury Department authority to penalize any company or person doing business with North Korea. These entities’ access to the US financial system could be cut off and assets could be freezed. The act is seen as US unilaterally enforcing a trade embargo against North Korea, and forcing any other country in the world to join it. Then North Korea’s leader Kim Jong-Un struck back and pledged to give "highest level of hard-line countermeasure" to "mentally deranged U.S. dotard" Trump. And the measures include launching a hydrogen bomb in Pacific Ocean.

Domestically, Trump’s administration is expected to finally deliver the highly anticipated tax plan this week on Wednesday. But so far, there is little details released on it yet. There are expectations of a cut to corporate taxes from current 35% to low 20s. Individual tax rates are also expected to be lowered, with particular focus on the middle class. However, again, as of now, the markets heard noting concrete. And it’s still doubtful on whether what would be delivered are solid enough. Even so, the tax bill still has to work its way through Congress. The yet again possible failure of another attempt to repeal Obamacare has already shown it’s a very tough process.

Dollar index still in down trend

The rebound in dollar index has been very unconvincing so far. And this was clearly seen in the range trading in EUR/USD too. Dollar index’s actions from 91.01 are clearly corrective, kept well below 55 day EMA and even further below 94.14 resistance. Down trend from 103.82 is still in progress for 50% retracement of 72.69 to 103.82 at 94.14.

Some point to the rally in USD/JPY as a sign of Dollar strength. We don’t have much objection to that. But we’d like to emphasize that it’s more about Yen’s broad based weakness. There are on-going themes and temporary themes in the forex markets at all time. For example, for now, geopolitical tension could be a temporary theme. The on-going theme is global exit of monetary stimulus. At the same time, there is little chance for Japan to exit monetary stimulus yet, based on the sluggish inflation outlook. Hence, Yen weakness will likely continue, together with Swiss Franc. And there wasn’t sustainable buying seen even on resurgence of geopolitical risks.

Another point to consider is that Prime Minister Shinzo Abe is going to call for dissolution of Parliament on Monday. And a snap election would take place in October. Abe would like to make use of the rebound in his popularity to extend the control of his party on the country through next year. But at the same time, Abe could also be pushing back the time frame for achieve primary fiscal surplus in 2020, to a few years later. The question on who to replace BoJ Governor Haruhiko Kuroda next year is still not answered. Some volatility could be seen in Yen next week as Abe is eyed.

Euro, on the other hand, was strong in general last week, and was resilient against Dollar too. EUR/CHF has indeed took the long awaited range breakout. The common currency was supported by solid Eurozone data, including German ZEW and Eurozone PMIs. The appreciation in the exchange rate has done little impact on sentiments. At this point, ECB is widely expected to announce the so called "recalibration" of monetary policy in October. Little surprise is expected from the Germany election this Sunday. Angela Merkel will stay as the leader of the country with Christian Democratic Union (CDU) maintaining majority. The main question would be on the coalition. More in German Election: Not as Boring as You Think. But the results are unlikely to derail Euro’s upward trajectory against Dollar and Yen anyway.

In the high profile Brexit speech in Italy, UK Prime Minster Theresa May called for a two-year "implementation period" after Brexit. That is, Britain will leave European Union as scheduled in March 2019. Such a Brexit is more of a political one. After that, the current arrangements on trade, travel, customs, regulations and security, etc, will remain unchanged for two years. During the implementation period, May said that "access to one another’s markets should continue on current terms and Britain also should continue to take part in existing security measures." Then there will be a full trade and travel Brexit in 2021. And May aims at building a "deep special partnership" with EU starting 2021. May said that UK would "honour" the commitments made while still being a member of EU. And that would avoid creating "uncertainty for the remaining member states".

It takes some more time to see the responses from other UK and EU officials to May’s proposal. And eyes will also be on the fourth round of negotiation to start this week. But ahead of that, Moody’s downgraded UK’s crediting rating to Aa2, from Aa1, with stable outlook. The rating agency noted that UK’s public finances outlook has weakened significantly, "with the government’s fiscal consolidation plans increasingly in question and the debt burden expected to continue to rise." And, "manner of its departure from the European Union" as well as the "increasingly apparent challenges to policy-making given the complexity of Brexit negotiations and associated domestic political dynamics" will weigh on its fiscal situation. In addition, Moody’s is in doubt if UK would be able to strike a trade agreement with EU, without much impact to the economy.

Overall, for Sterling, the most important trading theme remain on expectation of a November BoE hike. Comments from BoE officials and economic data so far are supporting such expectation. There could be some volatility in the Pound this week on Brexit news. But at this point, any pull back would likely be temporary.

Canadian Dollar under performed all others last week as recent consolidation extended. Comments from BoC Deputy Governor Timothy Lane reminded the markets that the central bank is not on autopilot for rate hikes. And weaker than expected CPI and retail sales data also weigh down the Loonie slightly. While Aussie was hammered briefly by S&P’s downgrade of China’s credit rating, it still performed better than Loonie. But after all, USD/CAD remained in consolidation mode, below key near term resistance at 1.2412. And the down trend is still more likely to extend than not.

Regarding trading strategy, we wanted to by CAD/JPY at 89.90 last week. But the low in the cross was only 90.39. Hence, our order was not filled. Nonetheless, we are still interested in Yen selling opportunities, on the theme of global monetary stimulus exit. Dollar is avoided for the moment because the rally last week was unconvincing in spite of hawkish FOMC and rate expectations. Euro could be a candidate but EUR/JPY is losing momentum after hitting 134.20 fibonacci projection. GBP/JPY also lost some upside momentum while reactions to Theresa May’s two year implementation period, Moody’s downgrade and Brexit negotiations are unclear. So we’ll avoid GBP/JPY. RBA is in no hurry to rate interest rate. So, still, CAD/JPY is the preferred one. 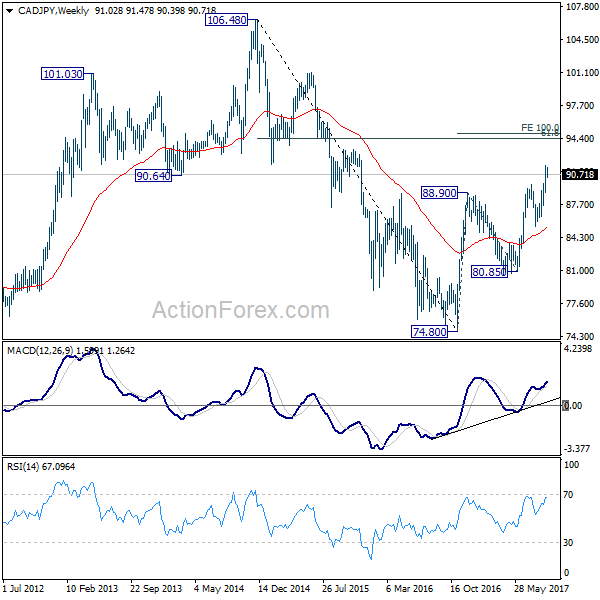 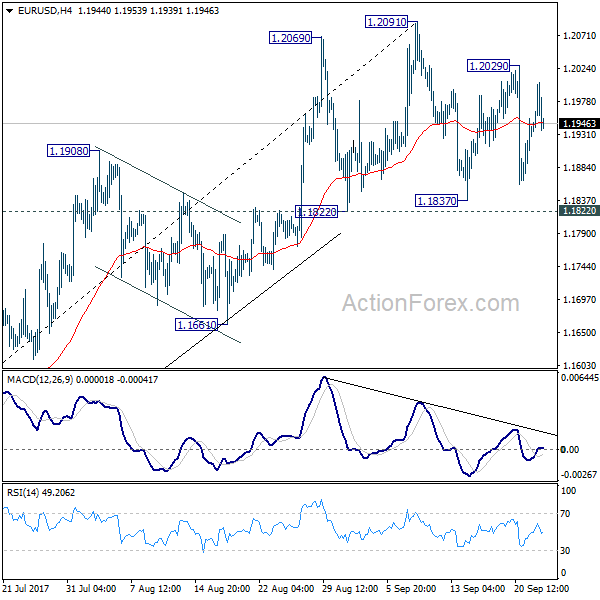 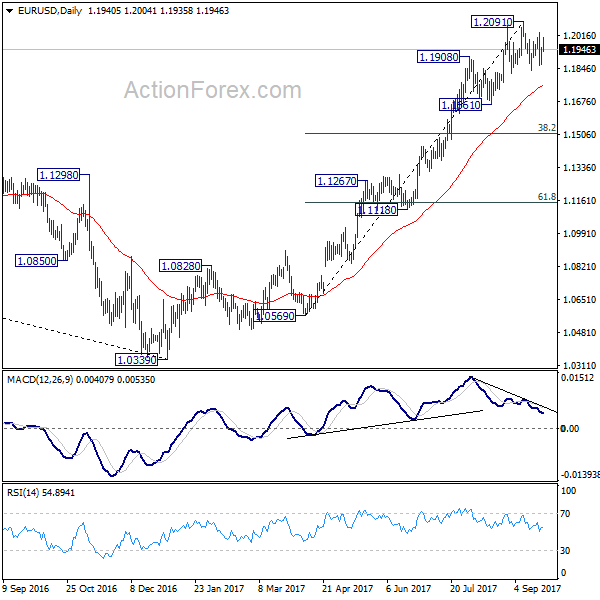 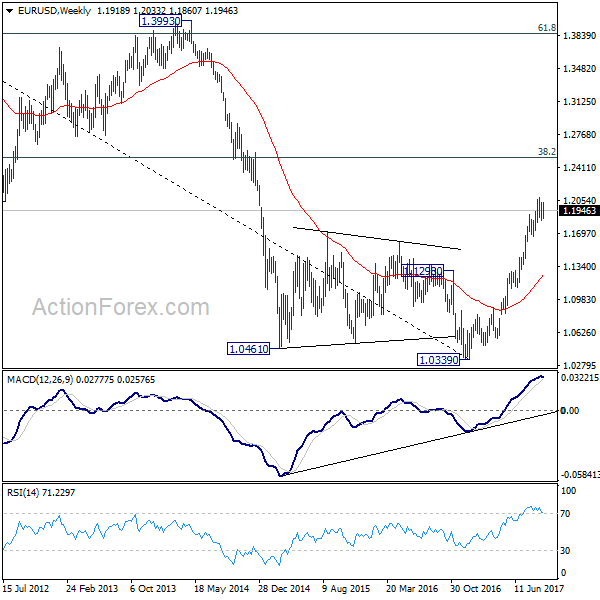 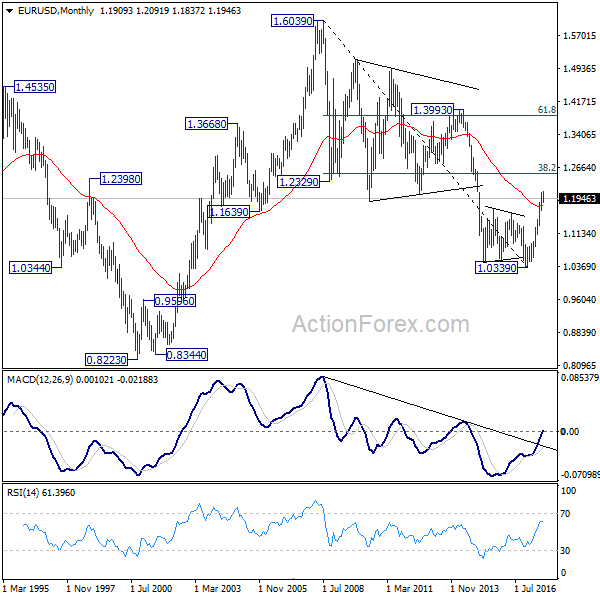