Risk of Dollar Pull Back Growing, After Breaching Parity With Euro

Dollar was the strongest one for most part of the week, and even breached parity against Euro. But the greenback pared gains on late turn in market sentiment, and ended as the second best only. Swiss Franc was surprisingly the best performer, while Kiwi was the third. Yen was the weakest one, as selloff continued on diverging central bank path with other peers. Sterling and Euro were the next weakest. Canadian Dollar just ended mixed even though BoC surprised the markets with a mega 100bps hike.

Investors are now still expecting “just” a 75bps rate hike by Fed this month, and that helped sentiment recovered. Considering the prospect of stronger rebound is stocks, risk of a pull back in the greenback is growing, except versus Yen. Additionally, Euro might finally rebound on short covering after failing to break through parity against Dollar decisively. Gold is also approaching a key support level.

Markets pricing in 71% chance of 75bps Fed hike in Jul

There surprised mega hike of 100bps by BoC last week prompted speculations that Fed will follow at its July 27 decision. Markets were once pricing in 50/50 chance of that happening. But such speculations receded after comments from some Fed officials. The messages are that firstly, with a 75bps hike to 2.25% to 2.50%, federal funds rate will already be in the neutral range. Secondly, a 100bps won’t make a huge difference from a 75bps at this point.

Fed will have nearly two months of data between July and September FOMC meeting, with interest rate at neutral, before gauging the next move. A 75bps hike is still sensible. Anyways, Fed fund futures are pricing in 71% chance of a 75bps hike, 29% of 100bps.

Firm break of 31511.46 resistance will affirm this bullish case. Sustained trading above 55 day EMA (now at 31866.31) will pave the way to 55 week EMA (now at 33237.69). Such development could start happening in Q3, if incoming data really starts to show topping in US inflation, while keeping the economy robust, and as Fed starts to slow its pace of tightening. 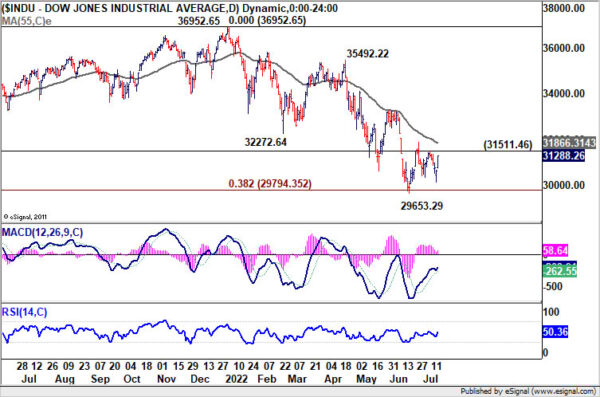 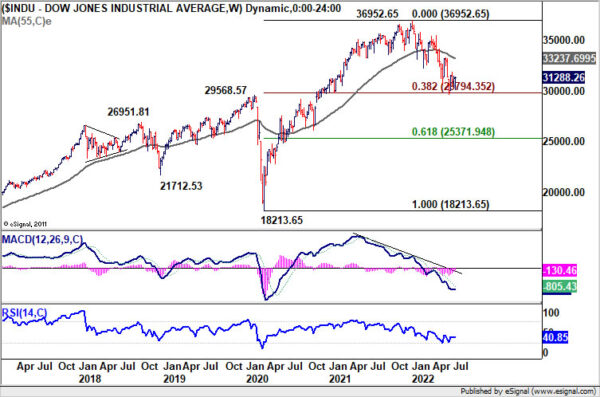 Outlook in 10-year yield is unchanged as it gyrated around 55 day EMA last week. Price actions from 3.483 are seen as a medium term consolidation pattern, with range set between 2.709 and 3.483). It’s probably in the second leg of the pattern and further rise might be seen. But upside should be capped by 3.483. It will take a while more to complete the whole pattern. 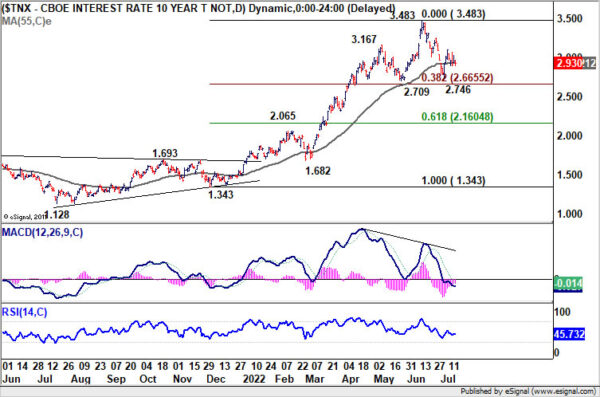 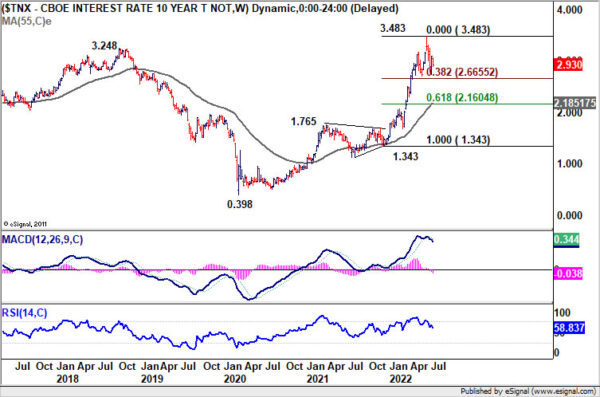 Dollar index continued up trend, but looks a bit stretched

Dollar index’s up trend continued last week but it’s looking a bit stretched close to medium term channel resistance. Considering that risk-off sentiment might recede while treasury yield stay steady, a pull back in DXY is no unrealistic. Break of 106.92 support should indicate the start of a correction back to 55 day EMA (now at 104.27).

But of course, before break of 106.92 support, recent up trend is still in favor to continue, towards long term channel resistance (now at around 113). 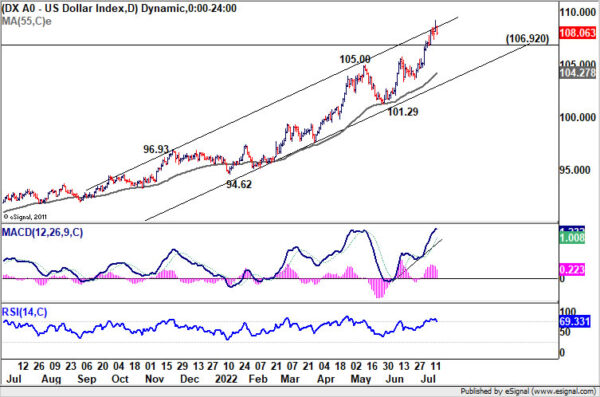 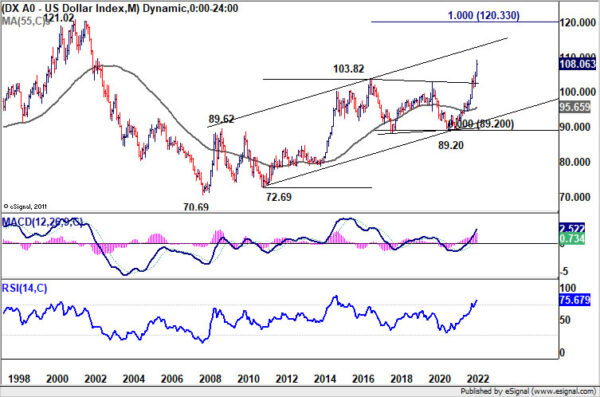 EUR/USD to rebound after defending parity? Gold to reverse?

To further assess the chance of a pull back in Dollar, some attention is paid to both EUR/USD and Gold. EUR/USD is still defending parity, despite dipping to 0.9951. Downside momentum has been diminishing, as seen in 4 hour MACD, as it approached 100% projection of 1.1184 to 1.0348 from 1.0773 at 0.9937. A break above 1.0121 minor resistance will indicate short term bottoming, and bring stronger rebound back to 1.0348 support turned resistance. 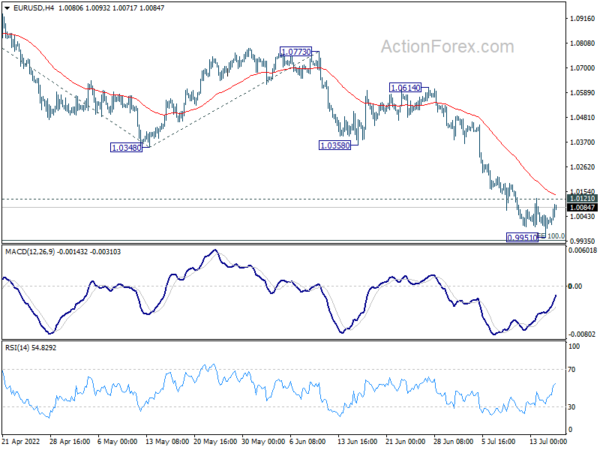 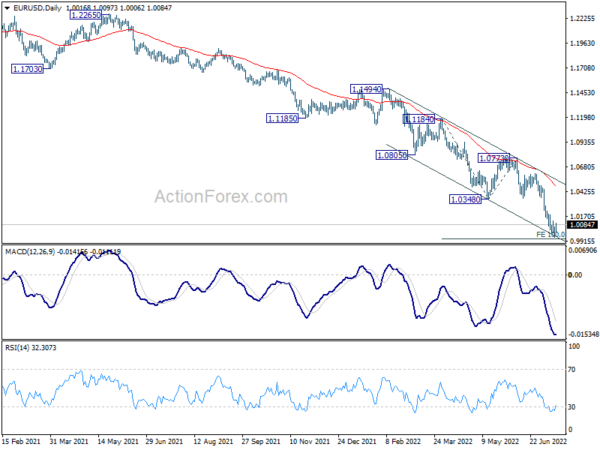 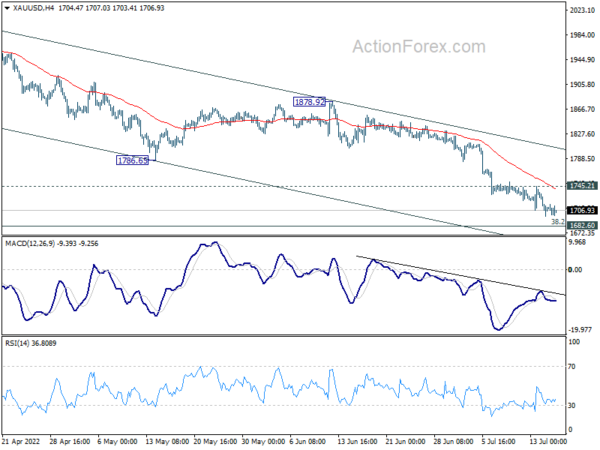 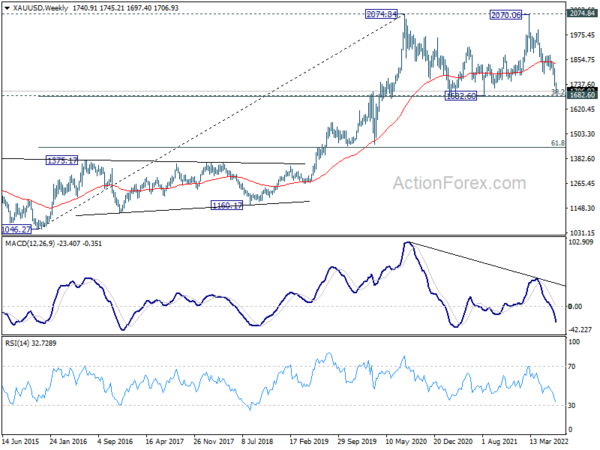 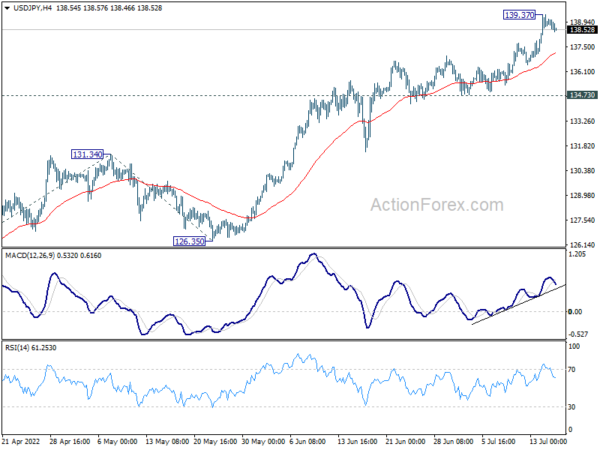 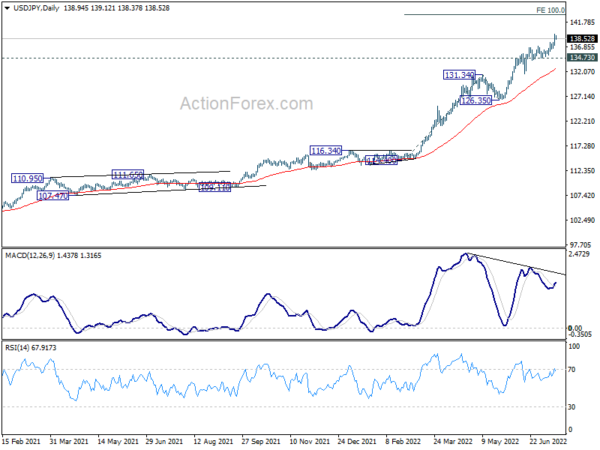 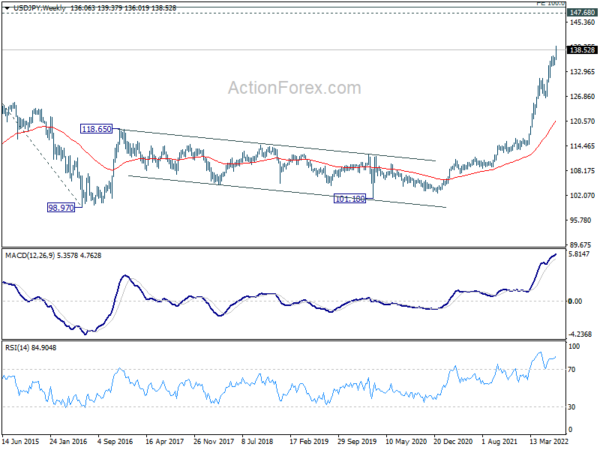 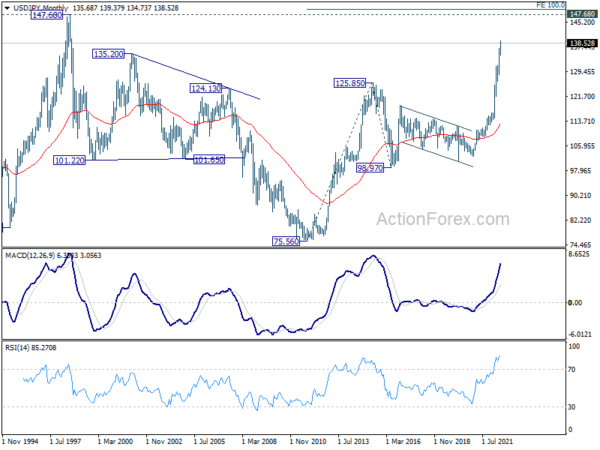