Dollar surged broadly last week as Republican’s tax plan overcame another hurdle. The news also sent DOW and S&P 500 to new records, with upside acceleration. Accompanying that, treasury yields closed sharply higher, reversing prior week’s loss. Technical development in Dollar was not totally convincing yet. NZD/USD led the way lower as markets were unhappy with the new labour-led coalition in New Zealand. USD/CAD followed after disappointing economic data. Solid risk appetite also pushed USD/JPY and USD/CHF near term resistance to resume recent rally. But EUR/USD was kept in range only, showing much resilience in spite of political turmoil in Catalonia. GBP/USD was also held in range with support from some positive news regarding Brexit. AUD/USD also stays in recently established range.

A number of key events will be closely watched this week. The list include election in Japan on Sunday, Catalonia standoff and BoC rate decision. Nonetheless, the more market moving event should be ECB rate decisions where the central bank could announce to extending the asset purchase program but half the purchase size. Q3 GDP from UK and US will also trigger some volatility in the markets. In addition, there could be unscheduled news regarding US President Donald Trump’s choice of next Fed chair, as well as news on the tax plan. 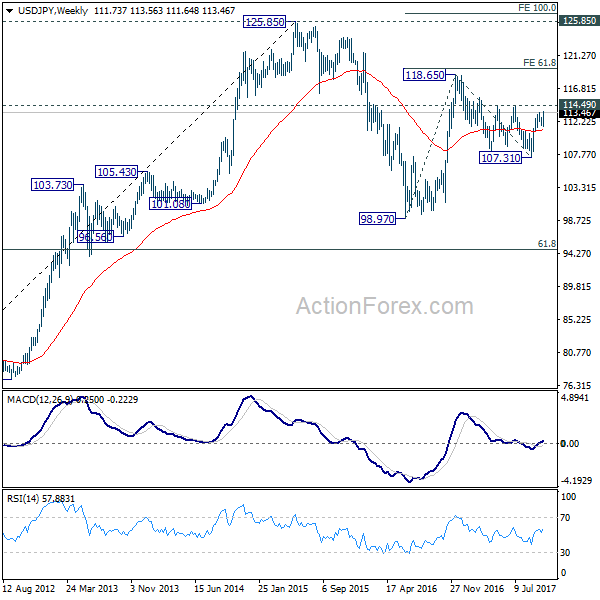 Based on the above analysis on stocks, yield, Dollar index and USD/JPY, we’d buy USD/JPY at market this week with a stop at 112.50, slightly below 4 hour 55 EMA. Decisive break of 114.49 resistance will be the first affirmation of our bullish call. And, we’d initially look at 118.65 as first target, but keep an eye on the chance to hit 125.85 and above. 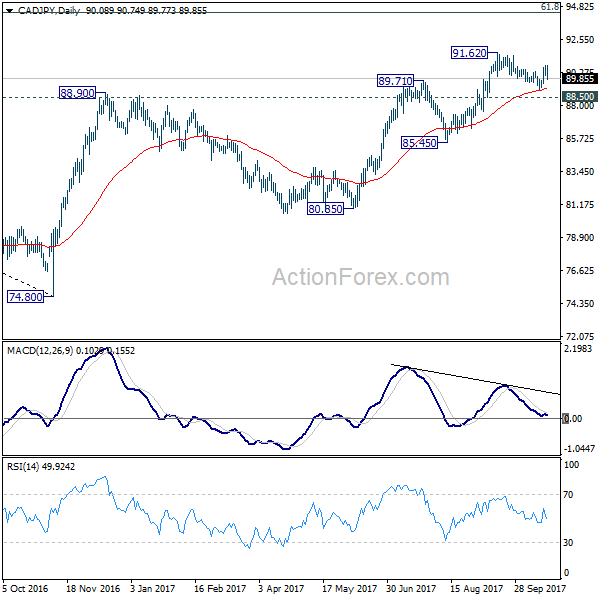 In the bigger picture, current development suggests that USD/CHF has defended 0.9443 (2016 low) key support level again. Rise from 0.9420 could develop into a medium term move and target a test on 1.0342 high. This represents the upper end of a long term range that started back in 2015. On the downside, break of 0.9587 support is now needed to indicate completion of the rise from 0.9420. Otherwise, further rally will remain in favor in medium term. 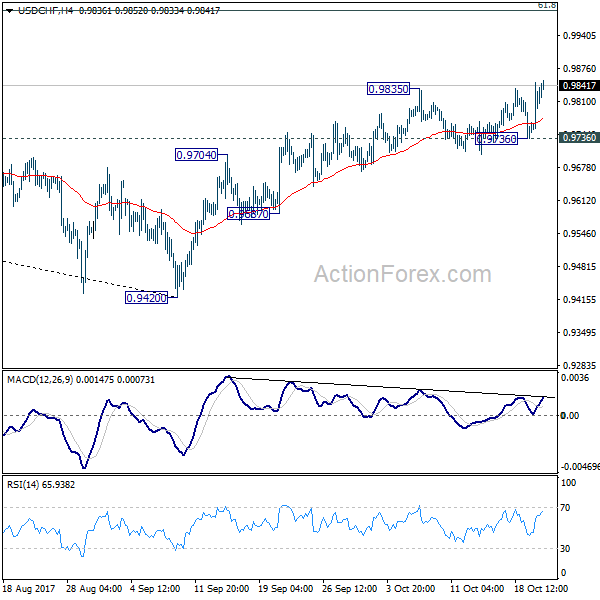 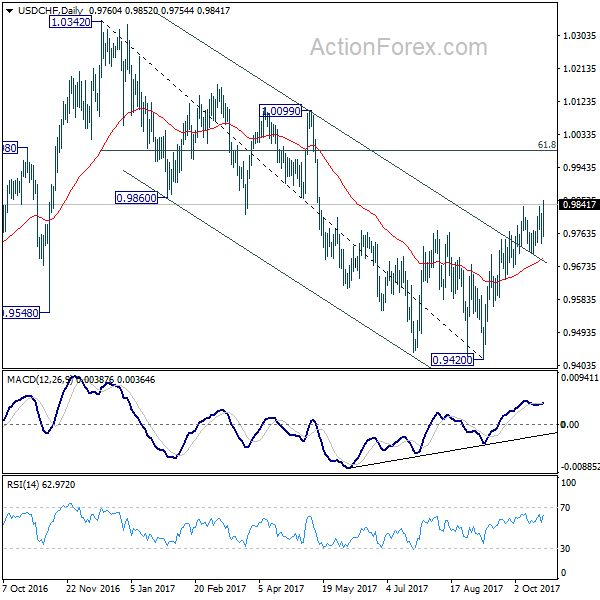 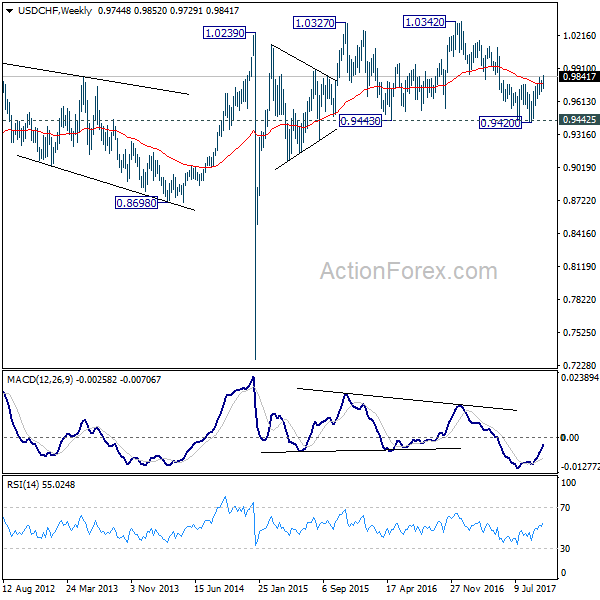 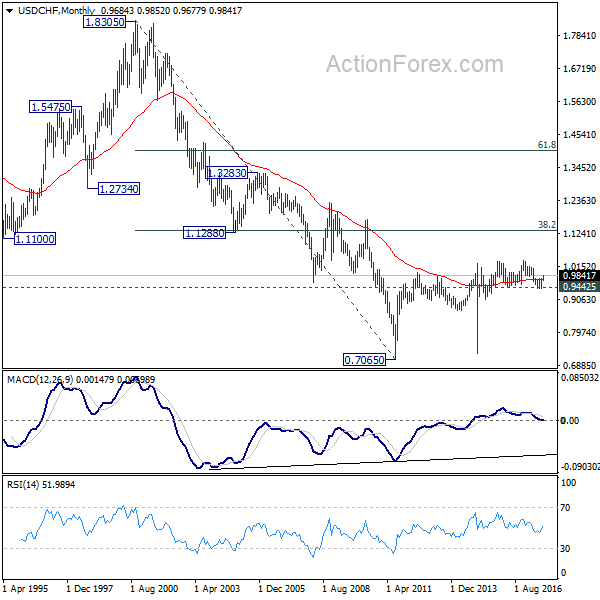