Dollar ended the week as the strongest major currency on optimism that Republicans are on track to get the tax bill passed by the end of the year. However, there was certain indecisiveness in Dollar’s rally. In particular, the greenback lost momentum as wage growth in non-farm payroll report disappointed. That added to concerns of lack on inflationary pressure, and thus could slow down Fed’s tightening pace. But there are two sides of every coin as the greenback just lost momentum, but not reversed. Dollar will look into this week’s FOMC rate hike and economic projections for guidance.

Meanwhile, Sterling ended as the second strongest one as after a lot of drama, there was finally a breakthrough in Brexit negotiation. The EU summit on December 14/15 will now be formality only. The negotiation teams got the approval for moving to the next phase of trade talks already. The Pound, however, also lost much momentum after the news as they became facts. Swiss Franc ended the week as the weakest one on risk appetite. Canadian Dollar followed as the second weakest as the cautious BoC statement ruled out any chance of January rate hike. Australian Dollar closed as the third weakest after RBA gave no hint of any intention to tighten.

Four central banks will meet this week, including Fed, SNB, ECB and BoE. FOMC will be the major focus and the other three will likely be non-events.

Technically developments in the Dollar were positive but not decisive. The greenback hesitated again after non-farm payroll remain showed lower than expected wage growth. CPI and FOMC rate decision on the coming Wednesday will now be the keys to Dollar’s rally. Fed is widely expected to high the federal funds rate by 25bps to 1.25-1.50%. There is little chance that Fed will disappoint. The vote split will be the first thing to watch as it could signal how worried policy makers are on inflation. Minneapolis Fed President Neel Kashkari would very likely dissent the hike again. Chicago Fed President Charles Evans could be another dissenter. The vote split could be seen a hawkish if only Kashkari dissents, and dovish in three or more dissent.

Meanwhile, Fed’s own interest rate projections showed federal funds rate to hit 2.1% in 2018 and 2.7% in 2019. That is, a little less than three more hikes in 2018. Fed funds futures are pricing in more than 60% chance of another rate hike in March, clearly higher than around 40% chance a month ago. But they’re much less convinced of another hike by June. Futures are pricing in less that 40% chance of that. Any changes to Fed’s own rate projection would trigger sharp volatility in the greenback.

Dollar index to take on 94.16 resistance

10 year yield also showed indecisiveness as it struggled in recently established range below 2.475. Nonetheless, price actions from 2.475 are clearly corrective in nature. TNX managed to hold above 55 day EMA and well above 2.273 key near term support. Hence, outlook stays cautiously bullish for another rise. Break of 2.475 will extend the rise from 2.034 to retest 2.621 key resistance.

Nonetheless, the sharp fall in gold last week could be seen as a hint of some underlying dollar strength. The firm break of 1260.80 support confirmed resumption of fall from 1357.50. More importantly, the decisive break of medium term channel support also suggests a trend reversal. That is, medium term rise from 1122.81 has completed with three waves up to 1357.50. Near term outlook is bearish for next hurdle at 1205.02 and 61.8% retracement of 1122.81 to 1357.50 at 1212.46. A rebound could be seen from there. But sustained break will bring deeper fall, possibly through 1122.81 low.

Our sell EUR/GBP at 0.8880 was not filled as the cross just recovered to 0.8867. We’ll cancel the order first. Nonetheless, subsequent downside breakout did affirm our bearish view. In the prior week, Canadian Dollar was lifted by strong employment data which revived speculations of a BoC hike early next year. But such speculation faded after BoC’s cautious statement during the week. We’d expect the Loonie to be back under some selling pressure this week. In particular, USD/CAD is technically ready for another rise should FOMC delivers nothing bearish.

Hence, we’ll buy USD/CAD on break of 1.2916 resistance this week. Technically, our view is that medium term correction from 1.4689 has completed with three waves down to 1.2061. Rise from there would likely target 1.3793 resistance before taking a breath. 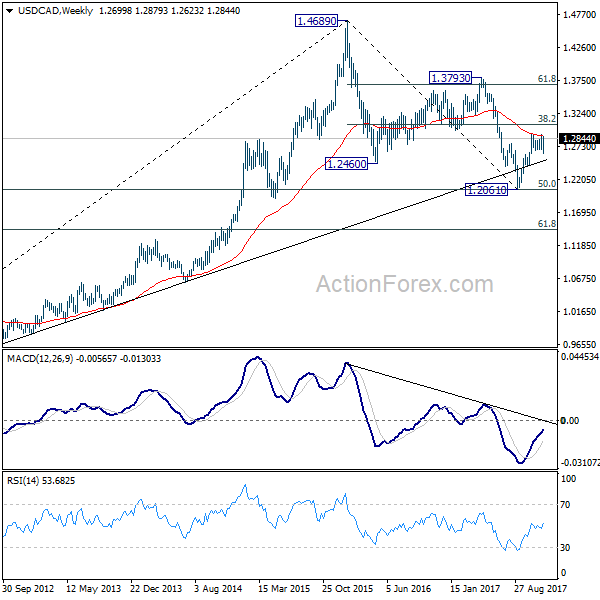 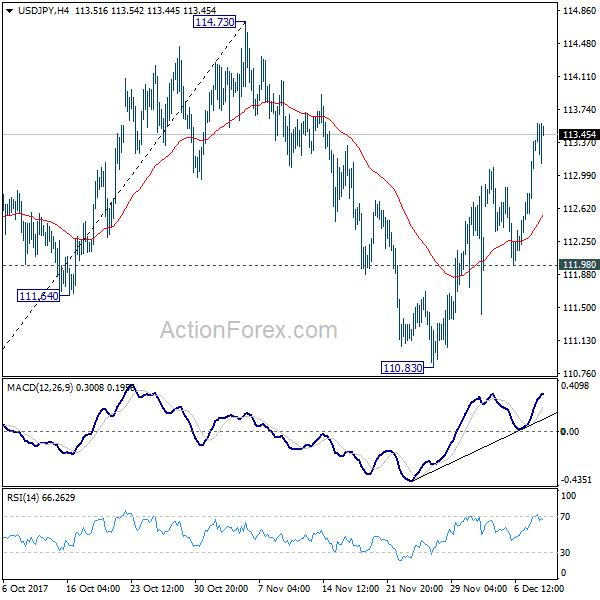 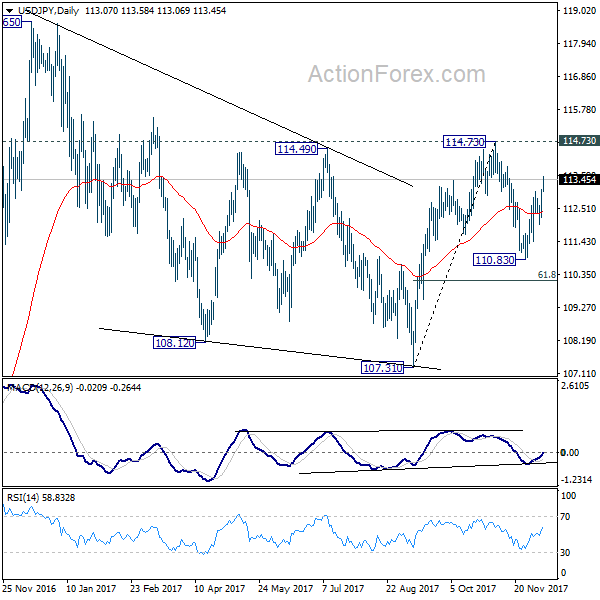 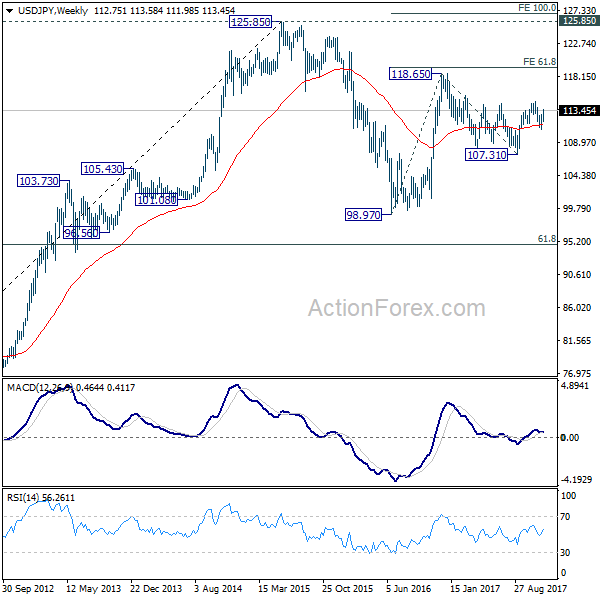 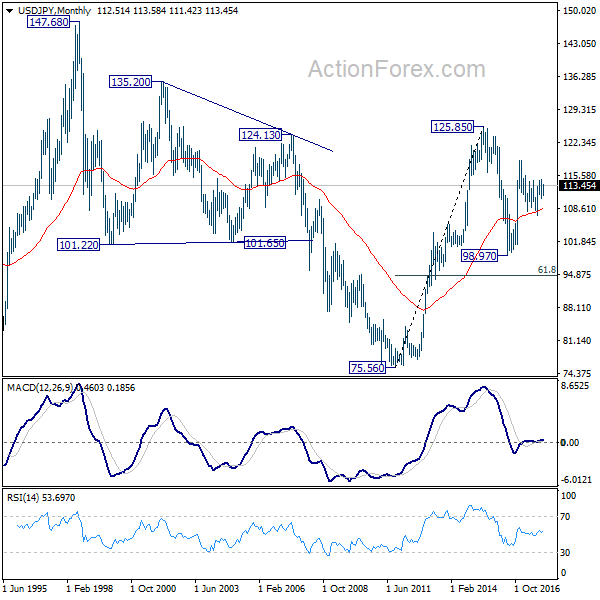