Focus will remain on Trump’s new administration this week as we’d likely see actions in terms of executive orders. The would set the tone of his priorities. Fed officials delivered generally hawkish but cautious tones over the week. For example, Fed chair Janet Yellen reiterated that it’s "prudent to adjust the stance of monetary policy gradually over time". But she also talked down the risks of a surge in inflation and emphasized that Fed has not "fallen behind the curve". Fed fund futures are pricing in 70.6% chance of another Fed hike by June.

Overall, Canadian Dollar was the weakest major currency over the week. BoC left its overnight rate unchanged at 0.50%. Governor Stephen Poloz revealed that ‘Governing Council was particularly concerned about the ramifications of U.S. trade policy, because it is so fundamental to the Canadian economy’. He suggested that further rate cut cannot be ruled out of US’ protectionist policy puts BOC’s inflation target at risk. On the other hand, Sterling was the strongest one as it rebounded after UK prime minister Theresa May’s speech on Brexit.

The development, or the lack of development, in the financial markets was a bit disappointing. The dull price actions so far did reveal that markets were generally in a consolidative mode, rather than trend reversal. For example, 10 year yield rebounded strongly ahead of 55 day EMA. The structure of the price actions from 2.621 so far suggest that it’s forming a consolidative pattern. Such consolidation should extend for a while below 2.621 and there is prospect of another fall. But downside should be contained by 38.2% retracement of 1.336 to 2.621 at 2.130 to bring up trend resumption. We’re still looking at a take on 2013 high at 3.036 later in medium term.

Dollar index’s price actions from 103.82 also gives us more confidence that it’s merely a correction. Deeper fall could still be seen in near term and break of 100 handle cannot be ruled out. But downside should be contained by 99.11/43 support zone to bring rebound. Recent up trend is not completed yet and we’re expecting another rise to 61.8% projection of 78.90 to 100.39 from 91.91 at 105.19. Hence, while more downside in dollar is possible in near term, we’re expecting the greenback to pick up strength again later. But that would come only after more clarity on Trump’s policies and FOMC rate decision on February 1. And as for trading strategies, we’ll keep our hands off for the moment.

USD/CAD’s strong rebound from 1.3017 argues that price actions from 1.3588 are merely a three wave consolidation pattern. It could also be completed at 1.3017 already. Initial bias stays mildly on the upside this week for 1.3598 resistance. Break will extend the whole choppy rise from 1.2460 to next fibonacci level at 1.3838. On the downside, below 1.3235 minor support will turn focus back to 1.3017 instead. 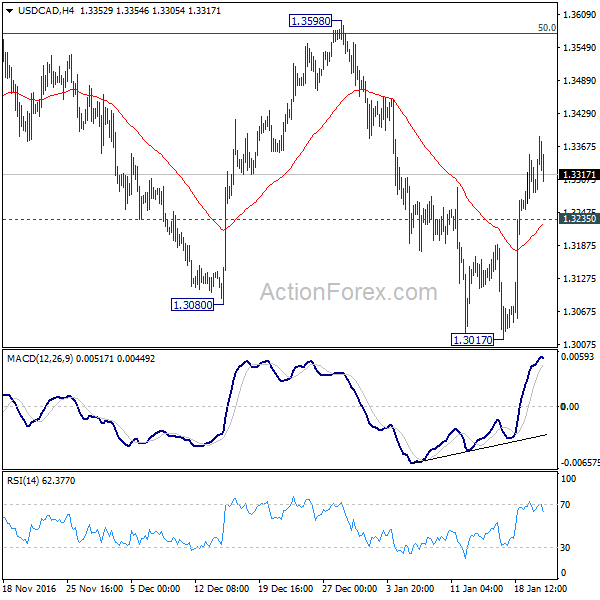 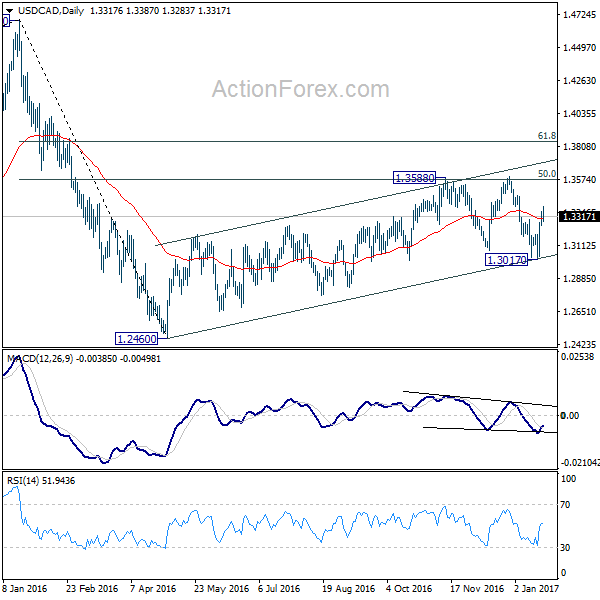 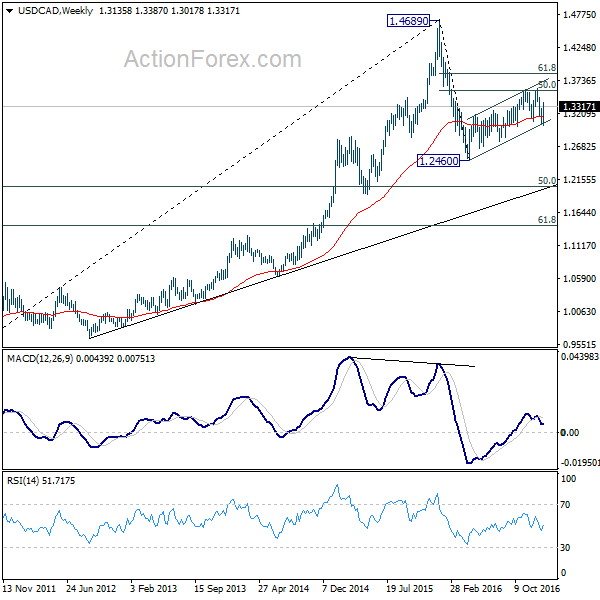 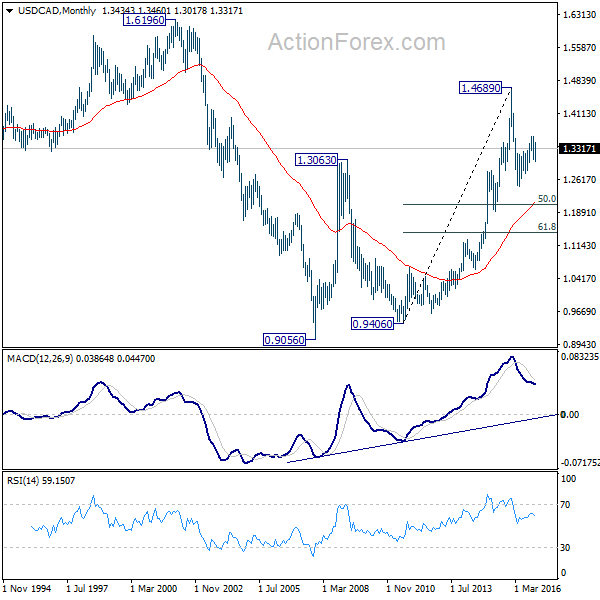