Oil prices slumped amidst concerns of oversupply. The market expects that the coordinated cuts announced last week, even if implemented smoothly, will fail to offset the severe contraction in demand. The latest report by International Energy Agency (IEA) suggested that global demand will fall to the lowest level in 25 years. It added that the situation will remain dismal even after travel restrictions are removed among countries. Global demand is projected to slumped by a record of -29M bpd in April, the sharpest decline in a quarter of a century. According to the agency, the decline in demand in light of the coronavirus pandemic could lead to a stock build of 12M bpd in 1H20, despite the OPEC+ decision to cut collective production by 9.7 million bpd in May and June. It warned that oversupply “still threatens to overwhelm the logistics of the oil industry – ships, pipelines and storage tanks – in the coming weeks”. 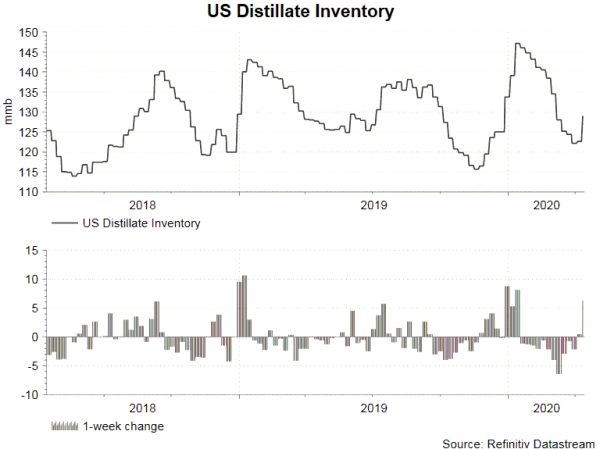