On the macro front, data showed that Germany’s seasonally adjusted trade surplus narrowed more-than-anticipated to €19.4 billion in April, compared to a revised surplus of €21.6 billion in the previous month, while investors had envisaged for the nation’s trade surplus to narrow to €21.0 billion. Moreover, the nation’s seasonally adjusted industrial production unexpectedly fell by 1.0% on a monthly basis in April, signalling a slowdown in the Europe’s largest economy and compared to a revised gain of 1.7% in the prior month. Market participants had expected industrial production to rise 0.3%.

Amid no major economic releases in the US and Euro-zone today, investor sentiment would be determined by global macroeconomic factors. 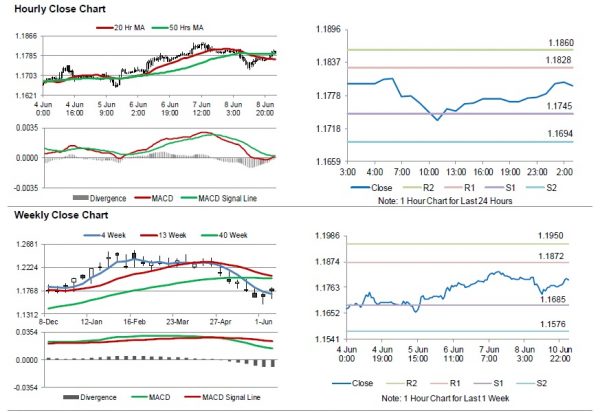