‘Our economists continue to expect a 25bp cut this year, but the curve remains heavily skewed toward a hike’. – Adam Cole, RBC Capital Markets

New Zealand’s Central bank left its benchmark interest rate unchanged on Wednesday and said it would be reasonable to keep the rate at record lows for an attended period of time. The statement caught analysts by surprise, as they widely expected the Reserve Bank of New Zealand to raise rates later this year. The Bank left its Official Cash Rate at a record low of 1.75% but signaled that rates would not go lower. After the policy meeting, he RBNZ Governor Graeme Wheeler said on Thursday the Bank would maintain a neutral stance in 2017, as the upside and downside risks appeared evenly balanced. Even though the New Zealand economy expanded at an annualized pace of more than 3%, Wheeler said that the strong Kiwi, which rose more than 10% in 2016, could continue to put downward pressure on imports, adding that inflation would likely remain below the Central bank inflationary target of 2%. As a result, analysts and investors now expect the rate to be kept at 1.75% until the beginning of 2018. Back in the Q4 of 2016, inflation climbed to 1.3%. The Bank estimated that the inflation rate would hit 2% in the Q2 of 2019. Moreover, the RBNZ said economic growth would rise to 3.7% on an annual basis in the Q1 of 2017. The New Zealand Dollar fell against its US counterpart to trade at 72.70, down 0.3% from ahead of the release. 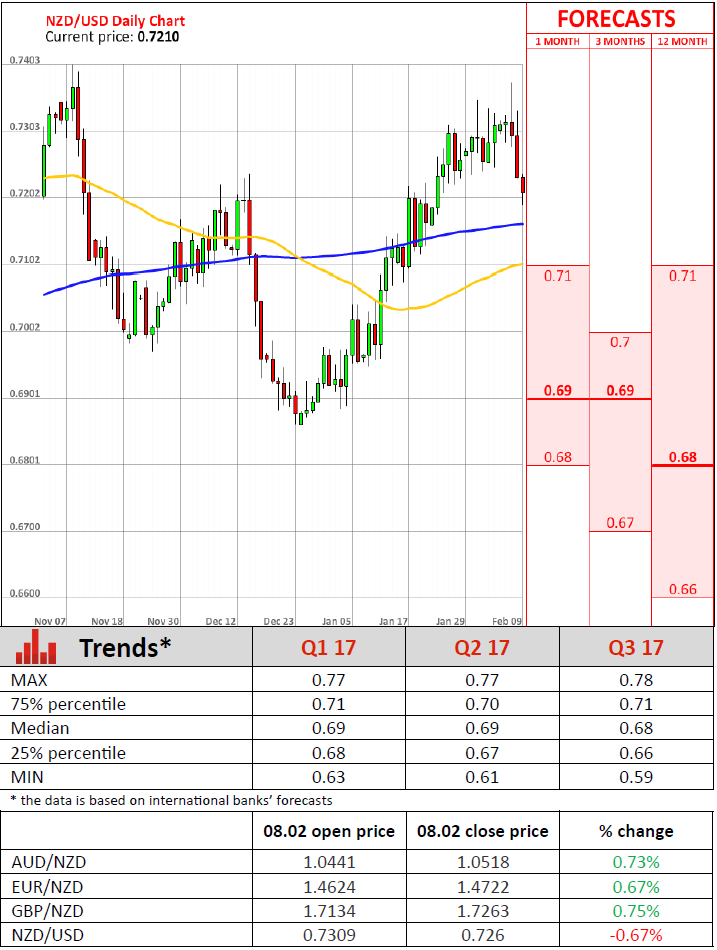