Gold finally picks itself up off the floor, following copper higher as OPEC rhetoric keeps the nascent oil rally alive.

Crude oil continued to rally overnight, dusting itself off after being knocked to the floor of the ring last week. Whether this is a case of where reality meets hope or a genuine turn in sentiment remains to be seen. The price action last night was driven by more innocuous production cut extension comments by various 2nd tier Non-OPEC members. Both Brent and WTI rallied by one present initially before giving up half those gains later in the session for a 0.5 percent gain.

The Baker Hughes Rig Count data out later this evening will no doubt give the street a dose of reality with yet another climb in active rigs, mostly shale. The reality is that OPEC/NOPEC have no choice but to extend the production cut deal just to maintain the present status quo against the increase in non-traditional production and returning members, Libya and Nigeria. 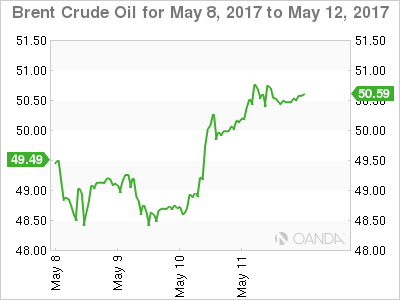 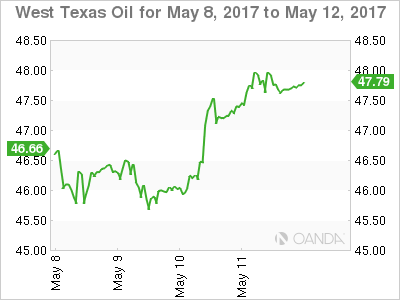 After a week of negative price action, gold finally shook off its malaise last night to rally from 1219 to 1228 before settling at 1225 in early Asia. The pullback in U.S. stocks has certainly played its part, as has the risk aversion as the political “noise” increases yet again in the United States. Gold has also tailgated copper’s overnight rally as well.

The rally has left gold flirting with its 100-day moving average which is just above at 1225.50. A daily close above here being a constructive technical development. Tonight’s U.S. CPI numbers will be a key determinant of how gold finishes the week with a high print most likely taking the wind out of gold’s sails as the street prices the odds of a Federal Reserve hike higher for June’s meeting and vice versa.

Intra-day, we would expect Asia to be keen to buy dips ahead of the weekend. Gold has resistance at the 1230 and 1240 regions with the critical support being around 1214.50. A move through the lower level suggesting that a further dip to 1200 could be on the cards. 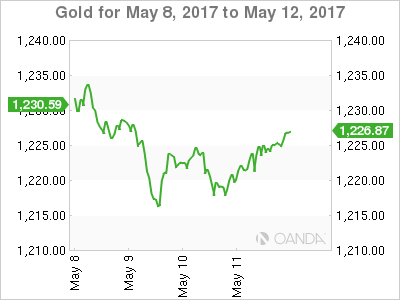 Copper leapt nearly 2.50% overnight at one stage to 2.5375, before tumbling back to open around 2.4950 in early Asia, still up just shy of one percent. The rally was fuelled by declining LME stocks and a tightening of the Shanghai forward delivery curve. However with the PBOC declining to add liquidity in today open market operations, copper gives back much of its gains.

Copper’s price action, however, has been constructive over this week marking out a series of higher lows each day and holding above its 200-day moving average at 2.4425. Initial support lies at 2.4575, just ahead of the critical 200-day. The overnight high at 2.5375 is the first initial resistance and a close above there could suggest copper attempts a rally to its 100-day moving average at 2.6115. 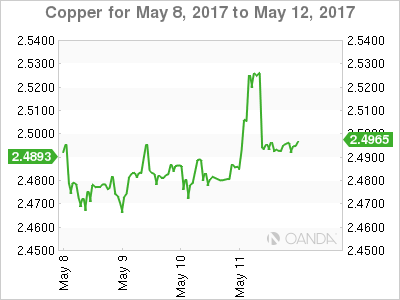