‘Businesses will likely become more cautious over investment and employment as the economy shows increasing signs of slowing and uncertainties over the outlook are magnified by ‘Brexit’ negotiations coming to the forefront after the government triggers Article 50.’ – Howard Archer, IHS Markit

The British economy showed first signs of Brexit vote influence, as the overall growth slowed, seeing the annual GDP growth rate holding steady at 2%, behind expectations for a 2.2% increase. Nevertheless, according to the second GDP estimate released by the Office for National Statistics on Wednesday, the UK economy expanded 0.7% in the Q4, the strongest performance since the last quarter of 2015, compared with a 0.6% growth pace observed in the previous quarter. In the report, the ONS highlighted that economic growth was mainly boosted by upwardly revised manufacturing output, which expanded 1.2% from 0.7% registered previously. As to the expenditure side, net trade and household consumption supported the economy, while capital spending levels set negative impact on the overall economic performance in the United Kingdom. In the meantime, the weak Pound is expected to support exports in the foreseeable future, though risks brought by the Brexit are still in place. 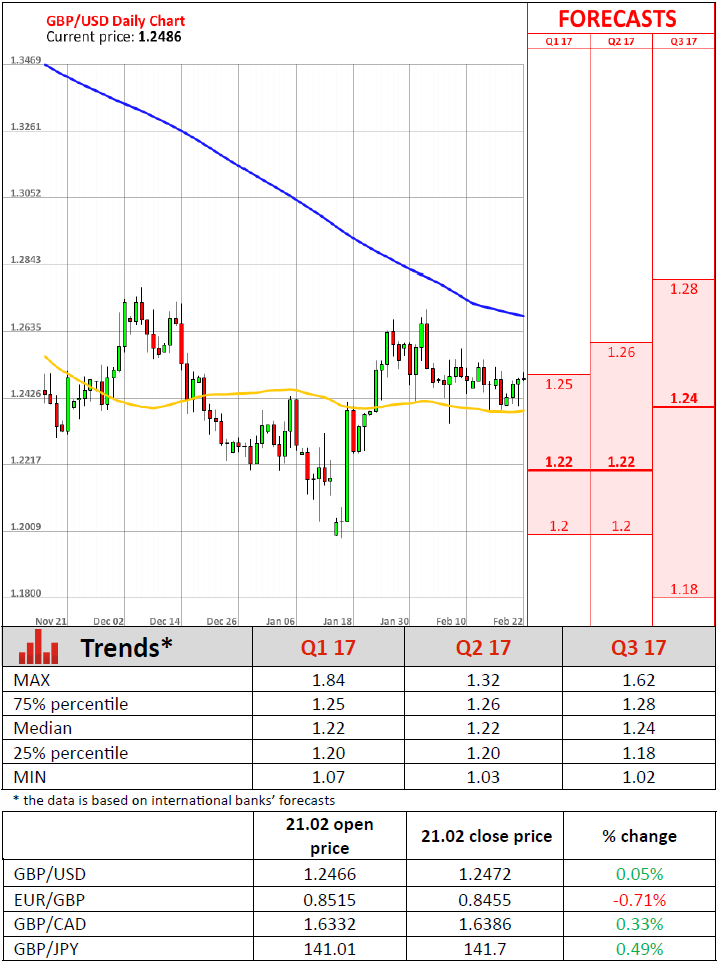