The European Central Bank (ECB), in its latest monetary policy meeting minutes, showed declining confidence in growth recovery and indicated that the Eurozone’s economic growth would be weaker than expected. Meanwhile, the officials called for more support for the economy, but argued that more analysis was needed to see if the rapid loss of economic momentum is persistent or temporary. Moreover, the central bank reiterated that it would finalise the further course of action of the targeted longer-term refinancing operations (TLTROs) in the forthcoming policy meetings.

In the Asian session, at GMT0300, the pair is trading at 1.1182, with the EUR trading marginally lower against the USD from yesterday’s close.

Amid no major economic releases in the Euro-zone today, investors would focus on the US durable goods orders for April, slated to release later in the day. 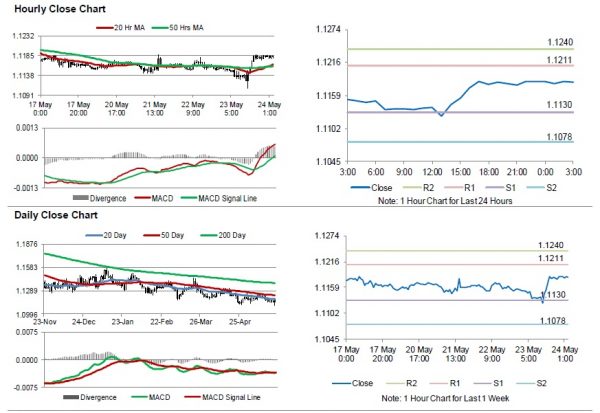 EU Indices Up This Morning | TA Focus On Chr Hansen