We may be in pause mode when it comes to stock markets, after they hit new records last week but thankfully, commodity markets are providing plenty of interest.

The oil rally has stalled a little, with Brent running into some resistance around $66 but we’re hardly seeing the sellers coming in and taking charge. That said, if momentum starts to lag then that could make $67-68 an even tougher resistance for it to overcome without potentially seeing some profit taking or a correction first. 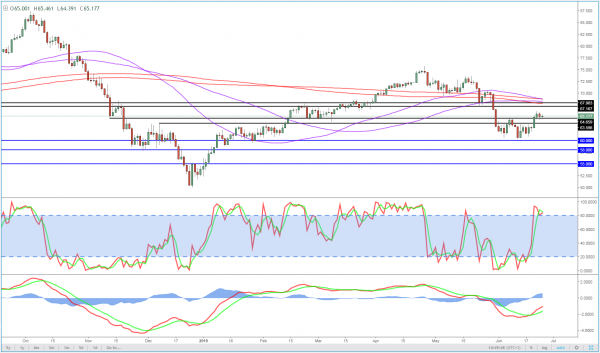 Naturally, that may change very quickly in the event of another escalation in the Gulf which, given the events of recent weeks, seems a high risk. It’s also worth remembering the OPEC meeting which is now scheduled to take place on 1/2 July.

A look at the 4-hour chart show’s that Brent has already found some support in the $63.50-64.50 region which previously acted as resistance and the upper bound of which was the neckline of the double bottom. This could perhaps be a bullish signal, particularly if followed by a break above last week’s peak. 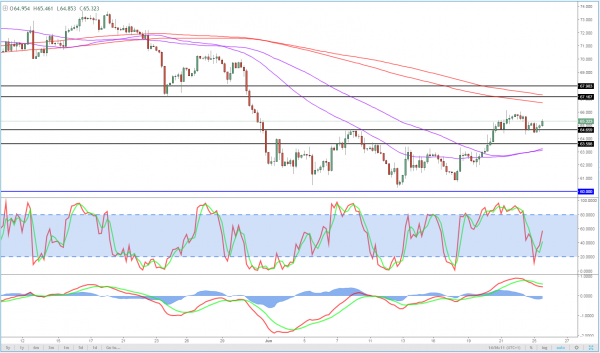