The British Pound depreciated against the US Dollar, following the UK CPI data release on Wednesday at 08:30 GMT. The GBP/USD exchange currency rate lost 11 pips or 0.09% right after the release. The British Pound continued trading at the 1.2450 level against the Greenback.

The Office for National Statistics released the UK CPI data, which came out worse-than-expected of 1.7% compared with the forecast of 1.8%.

According to the official release: “The largest downward contributions to the change in the CPIH 12-month rate between July and August 2019 came from a range of recreational and cultural goods and services (principally games, toys and hobbies, and cultural services), clothing and sea fares. Rises in air fares resulted in the largest, offsetting, upward contribution to change.” 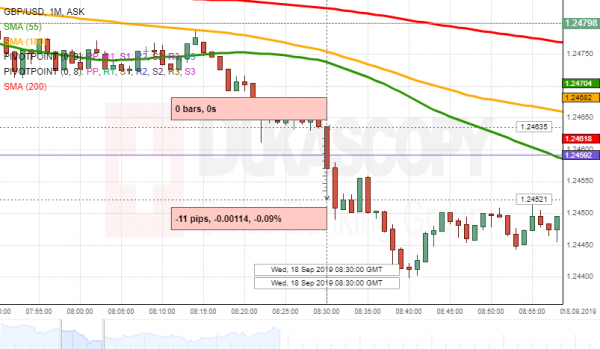