The stock markets show growth on Thursday morning, supported by a slight decrease in uncertainty around Brexit and Sino-US trade negotiations progress, as well as the ceasefire in Syria. However, the current increase in stock purchases also should be seen in the context of the very soft monetary policy of key central banks. The markets got support on the confidence that the Fed will cut the rate next week, while ECB and BoJ would confirm that ready to pull the pedal of monetary easing.

Central banks do not cut rates in good times. They are now acting in response to signs of a slowdown in the national economies. Besides, in September, the US repo market showed how vulnerable the confidence in the financial system is when the short-term interest rates jumped up to 10% against the target 2.5%. In response, the Fed announced the launch of a liquidity support program in this market. The inflow of $60bn per month into the financial system should, in theory, have further spurred the purchase of risky assets. But this influence is almost imperceptible until now. This money seems to be filling the black hole made by banks’ distrust. They save liquidity on a rainy day, which is feared to happen.

Besides, there are other signs that investors are becoming more and more down-to-earth. On the bond markets, there is increased traction to long-term government bonds in the US and Europe. On the stocks, we see the raised investors’ interest to value stocks from growth-oriented companies.

Boeing and Caterpillar stocks completed their trading session on Wednesday with growth, despite weak reports, as both companies generate stable income for investors. In contrast, the IT companies stocks, that dragged the markets up in the first half of the year, now clearly lagging. For example, Microsoft exceeded the expectations of analysts with its quarterly report. However, their stocks on the pre-market add only 0.5% today. 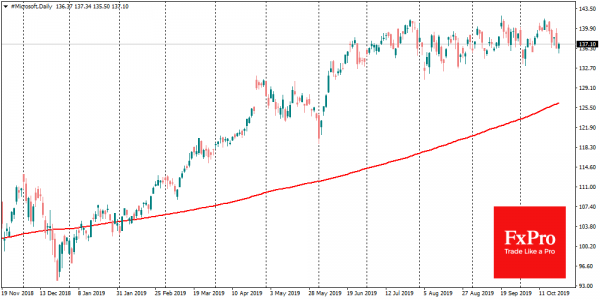 It feels like the markets are confident that something terrible may happen shortly. But in the world of finance, such sentiment is quickly becoming a self-fulfilling prophecy. If money does not circulate freely through the financial system, any insignificant event can turn into a sharp selloff. 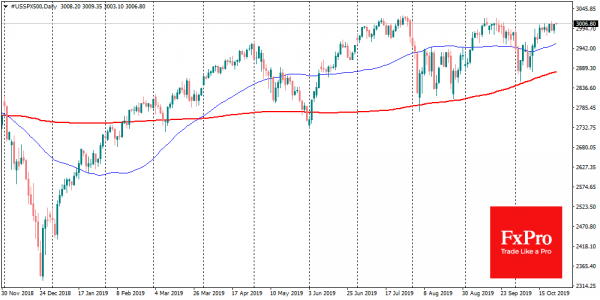