In the US, data showed that the Chicago Fed National Activity Index declined to a level of -0.35 in December, more than market anticipations for a fall to a level of -0.30 and compared to a revised level of 0.41 in the prior month. Additionally, the MBA mortgage applications dropped 1.2% on a weekly basis in the week ended 17 January 2020. In the previous week, mortgage applications had surged 30.2%. On the other hand, the housing price index rose 0.2% on a monthly basis in November, in line with market forecast and compared to a similar rise in the previous month. Further, existing home sales climbed 3.6% to a level of 5.54 million on monthly basis in December, surpassing market expectations. In the prior month, existing home sales had recorded a level of 5.35 million.

Moving ahead, the European Central Bank’s (ECB) monetary policy meeting, due later in the day, will be closely watched for further hints on monetary policy as the central bank is widely expected to keep interest rates unchanged. Moreover, the US initial jobless claims data, set to release later today, will be on investors’ radar. 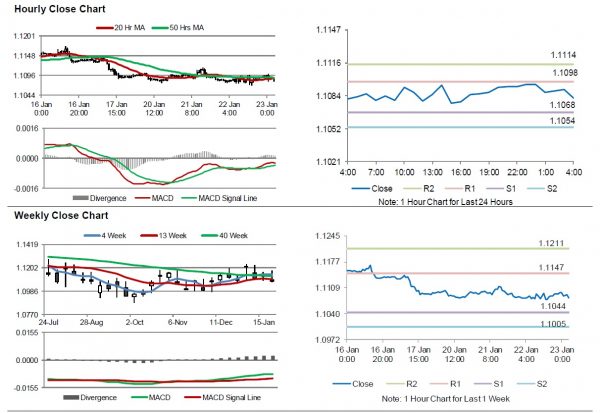 The FOMC Meeting Minutes Could Spur Some Volatility

ECB Mersch: Recalibration could be rectification or more targeted and focused

Getting a Little Crowded in Here