For the 24 hours to 23:00 GMT, the GBP declined 0.70% against the USD and closed at 1.2995, as no-deal fears re-emerged, after British Prime Minister, Boris Johnson, set out tough terms for Brexit talks with the European Union.

On the macro front, UK’s final Markit manufacturing PMI advanced to 50.00 in January, marking its highest level in nine months and compared to a level of 47.50 in the previous month. The preliminary figures had recorded an advance to 49.80.

In the Asian session, at GMT0400, the pair is trading at 1.300, with the GBP trading marginally higher against the USD from yesterday’s close.

Trading trend in the pair today is expected to be determined by UK’s Markit construction PMI for January, slated to release in a few hours. 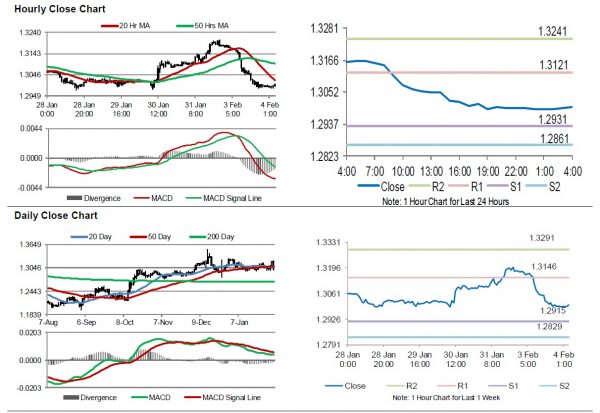