On the macro front, Canada’s new housing price index remained flat on a monthly basis in January, compared to a rise of 0.2% in the previous month. Additionally, the nation’s ADP employment increased by 25.9K in January, less than market forecast for a rise of 71.8K. In the prior month, the employment had increased by 46.2K.

In the Asian session, at GMT0400, the pair is trading at 1.3256, with the USD trading marginally lower against the CAD from yesterday’s close.

Trading trend in the Loonie today is expected to be determined by Canada’s retail sales for December, slated to release later in the day. 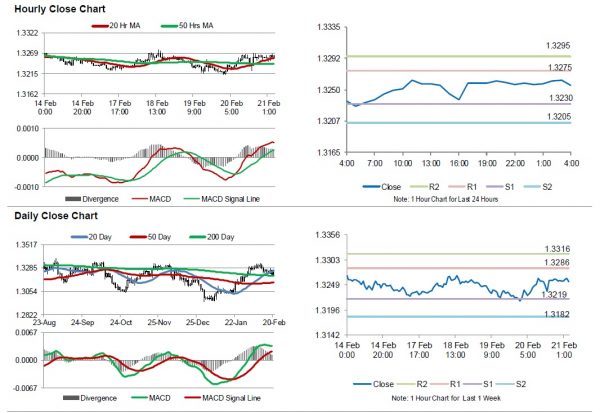 Loonie Trading On A Negative Footing This Morning

Canada’s Deficit Widens in February, COVID-19 Impacts to Show in the Months Ahead