‘The weak trajectory of consumer spending at the end of second quarter adds some challenges to the third-quarter consumption outlook, which reinforces our view that growth will step down modestly in the current quarter.’ – Michael Feroli, JPMorgan

Consumer prices in the United States were flat, while retail sales dropped for the second consecutive month in June. The Labour Department reported on Friday that its CPI registered an unchanged reading in the observed month, missing market expectations for a 0.1% rise, as the cost of mobile services and gasoline declining. On a yearly basis, the index surged 1.6% in June, continuing to ease from February’s 2.7%, when it showed the strongest gain in five years. Furthermore, the so-called core inflation rose by the same margin of 0.1% for the third straight month. Meanwhile, the country’s retail sales registered a 0.2% drop in the reported month, affected by declines in receipts at supermarkets, clothing stores and service stations. Data showed the largest monthly fall of 1.3% in gas station sales. Overall, economists suggested that the weaker-than-expected reports are set to diminish expectations for the Fed to raise interest rates for the third time this year, with inflation being the main uncertainty factor to define the course of further monetary policy changes. 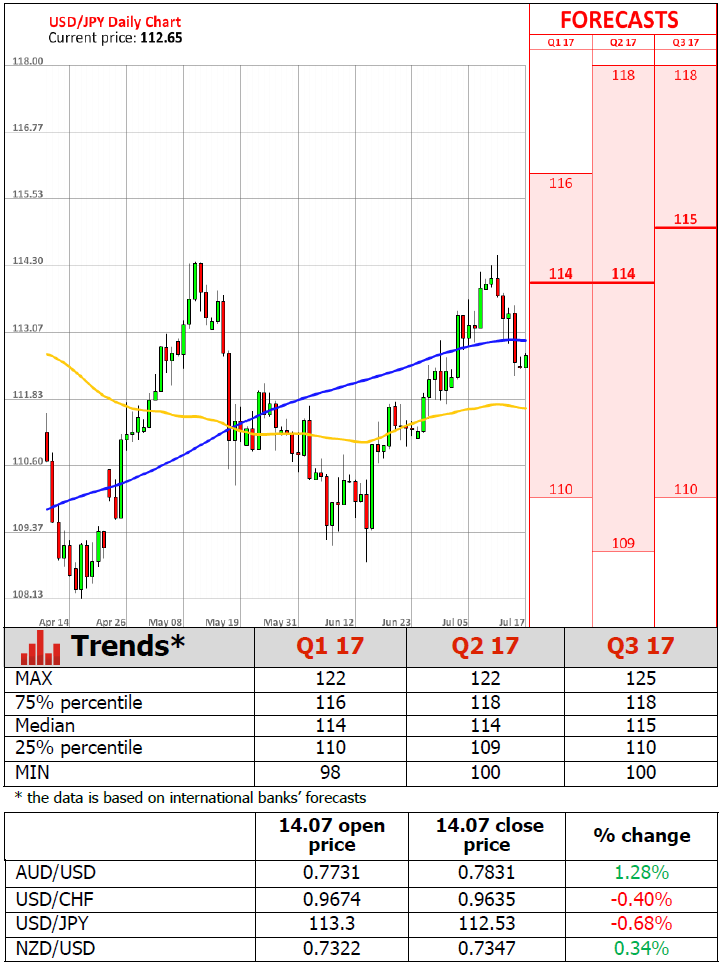