On the data front, UK’s consumer credit fell to a level of £0.90 billion in February, less than market expectations for a reading of £1.10 billion. In the prior month, consumer credit had recorded revised rise of £1.11 billion. On the other hand, mortgage approvals unexpectedly increased to a level of 75.6K in February, notching its highest level since January 2014, defying market expectations for a drop to a level of 68.2K and compared to a revised increase of 71.3K in the previous month. Additionally, the GfK consumer confidence index fell less-than-expected to a level of -9.0 in March, compared to a reading of -7.0 in the previous month.

Moving ahead, traders would keep a watch on Britain’s current account and gross domestic product (GDP), both for 4Q2019, slated to release in a few hours. Later in the day, the BRC shop price index for February, will be eyed by traders. 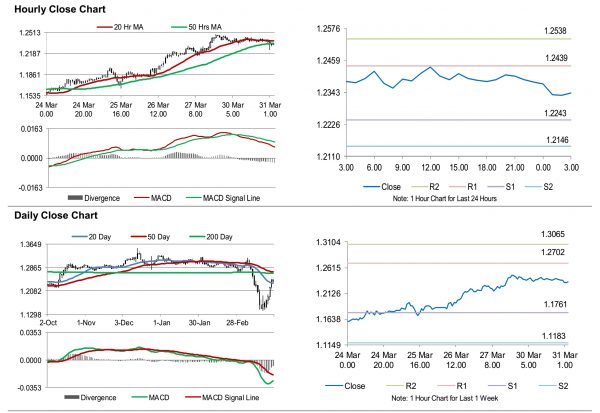 UK PMI manufacturing finalized at 40.7, one of the toughest recovery environments manufacturers have to face

British Pound Reverses Its Losses In The Asian Session

U.K. May Not Be Expecting A Deal