During the press conference, Lagarde delivered as we expected in ECB Research: Steady course, but cautiously optimistic, 10 July. She pointed to a highly uncertain outlook (with both speed and scale being highly uncertain) and with data having bottomed in April there was still seen to be a need for ample stimulus. She repeated the past comments on economic indicators and survey results suggesting that economic activity improved in May and coming in broadly in line with June staff projections. It is too early to change course.

In what was otherwise an uneventful meeting, Lagarde said that the ECB estimated that measures taken from March to June (i.e. the COVID-19 monetary policy responses) have resulted in a cumulative impact of 1.3% on real GDP growth until 2022 and 0.8% inflation until 2022. She mentioned that the ongoing strategic review may only be concluded in the second half next year.

ECB meetings in July have notoriously been relatively uneventful (except in 2012). Heading into the meeting we had three questions;

Finally, Lagarde praising the success of the liquidity operations (TLTRO) several times and the cautiously optimistic assessment cause us to conclude that ECB stimuli or changing the modalities of its instruments are not on the table in the near term. 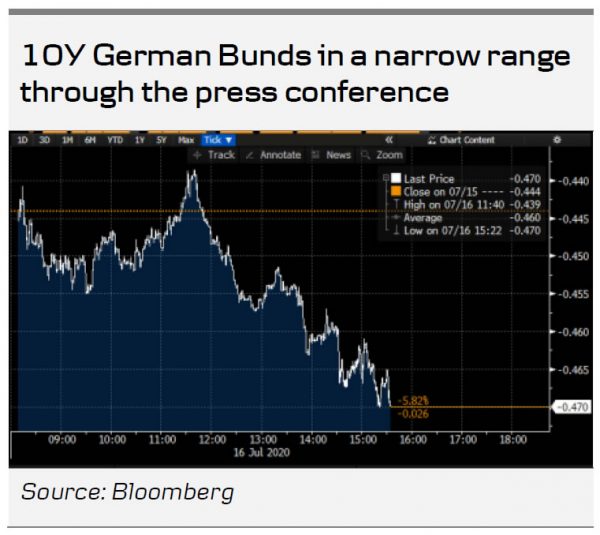 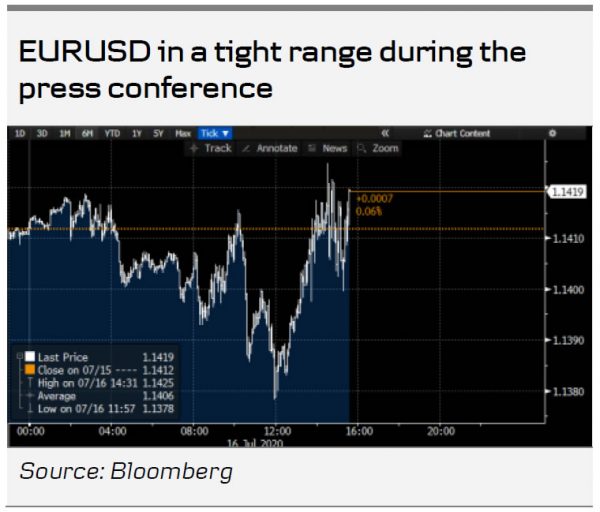