This morning, Federal Open Market Committee (FOMC) Chair Jerome Powell presented virtually at the Kansas City Fed’s Jackson Hole Symposium. In his speech, Powell walked through the history that led to the Federal Reserve’s monetary policy strategy review, which began in early 2019. The speech culminated in Powell announcing two key changes to the Fed’s framework for achieving its dual mandate of stable prices and maximum employment. First, the Fed reaffirmed its commitment to targeting a longer-run inflation rate of 2%. Going forward, however, the Fed will adopt a flexible form of “average inflation targeting” such that it will aim to “achieve inflation that averages 2% over time.” Second, the FOMC changed its statement to say that monetary policy decisions will be informed by “assessments of the shortfalls of employment from its maximum level” rather than “deviations from its maximum level.”

While the timing of this announcement is moderately surprising, the move itself does not come as a huge shock. The Fed has been reviewing how best to achieve its dual mandate for a year-and-ahalf, and FOMC watchers have come to realize that average inflation targeting was a prime candidate for adoption. Through the noise, inflation has persistently been below the Fed’s 2% inflation target over the past several years (Figure 1), and the potential disinflation that could result from the COVID-19 pandemic made a move towards average inflation targeting even more likely. Average inflation targeting signals that the Fed will tolerate inflation moderately above 2% to make up for past undershoots, resulting in lower real interest rates and more accommodative monetary policy, all else equal. Encouragingly, market-based inflation expectations have more or less recovered to their pre-pandemic levels, although they remain below 2% (Figure 2). In addition, longer-term Treasury yields rose on the day, with the 10-year Treasury yield up roughly five bps as of this writing. Higher yields and a steeper curve are in line with our forecast and are consistent with a Fed that is willing to tolerate a bit higher inflation over a medium-to-longer run horizon. 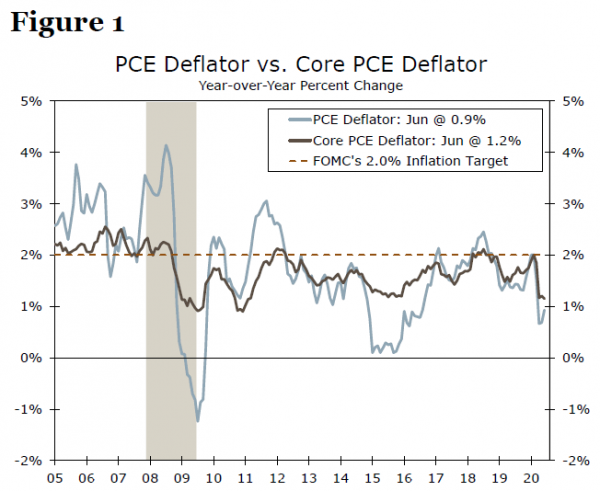 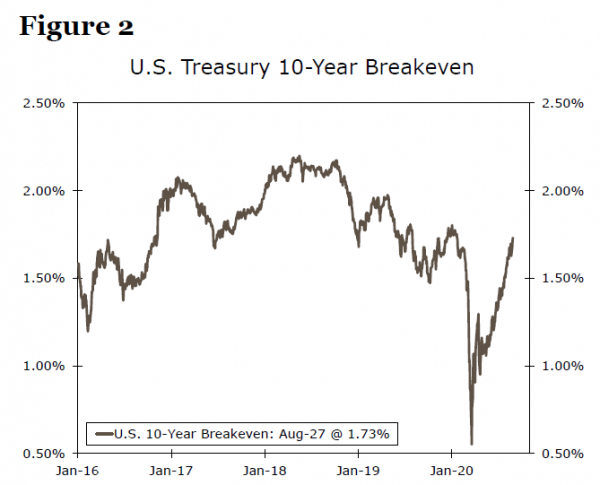 In the abstract, today’s move by the Federal Reserve is a big one. In practice, however, the move is less monumental than meets the eye: for more than three years, the FOMC has stressed the “symmetric” nature of its 2% target in its statements. To a large extent, we view today’s move to average inflation targeting as the codification of a policy the Federal Reserve had already de facto adopted.

Perhaps more interesting was the change to the labor market mandate language. The Federal Reserve seems less concerned about running the labor market too hot, with Powell saying that “employment can run at or above real-time estimates of its maximum level without causing concern, unless accompanied by signs of unwanted increases in inflation.” In a sense, this language signals that the Fed is comfortable letting the labor market run “hot” so long as inflation remains under control. This move also acknowledges that what dictates a tight labor market can be a moving target in real time (Figures 3 & 4). One thing does seem fairly certain amid these changes: the Fed seems unlikely to tighten monetary policy for quite a long time. 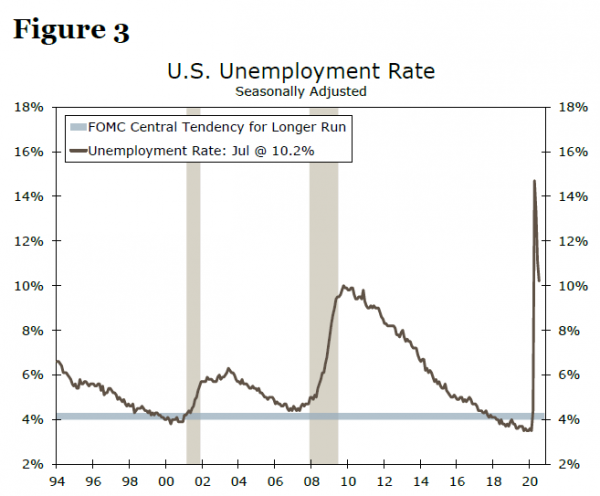 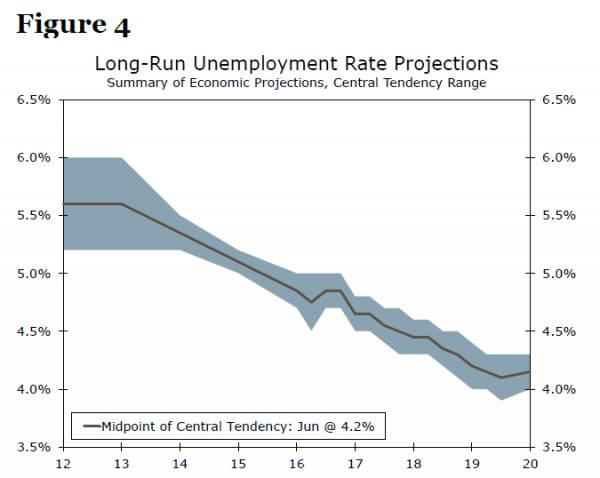 US: Blowout GDP in Q3, but Growth in Q4 Will Be Slower