GBP/USD has started the week with considerable losses. In Monday’s European session, the pair is trading at 1.2830, down 0.68%.

Brexit tensions could weigh on pound

It has been a wild ride for the British pound. GBP/USD reversed directions last week and climbed close to 1.0 percent. This followed the pair’s worst week since March, with a decline of 3.6%, much of which was due to Brexit tensions. With the EU and UK scheduled to part ways for good at the end of 2o2o, a trade deal between the sides remains elusive, as the finger pointing over who is to blame continues. The latest salvo fired by Boris Johnson’s government is the Internal Market bill, which would allow the UK, to undermine the agreement it signed last year with the EU. Brussels, however, considers the legislation a violation of international law. If the bill is passed into law, the likelihood of a deal being reached could be seriously jeopardised. 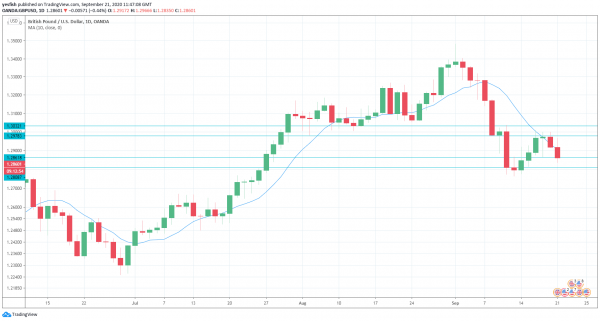 EURGBP Plunges in Consolidation Area Below 0.91