EUR/USD has recorded gains for a second straight day. In Tuesday’s North American session, EUR/USD is trading at 1.1703, up 0.34% on the day. The pair is looking to recover from a decline of 1.7% last week, marking its worst week since March.

ECB President Christine Lagarde spoke before a European Parliament Committee on Monday, and her speech touched on the high value of the euro. EUR/USD is up 6.6% since June 1st, as the euro has taken full advantage of a retreating US dollar. Although the dollar recovered ground last week, ECB policymakers remain deeply concerned about the high exchange rate.

Lagarde noted the strong euro in her remarks on Monday, when she said that one of the reasons that the eurozone is showing deflation is due to the currency’s high value. Lagarde said that the ECB would continue to monitor the euro’s strength, but did not elaborate on any moves the central bank might make if the euro continued to appreciate. A strong euro has also made European exports more expensive on world markets, which is hampering the eurozone’s economic recovery. Lagarde will address an ECB conference on Wednesday, and it will be interesting to see if she again makes reference to the value of the euro in he 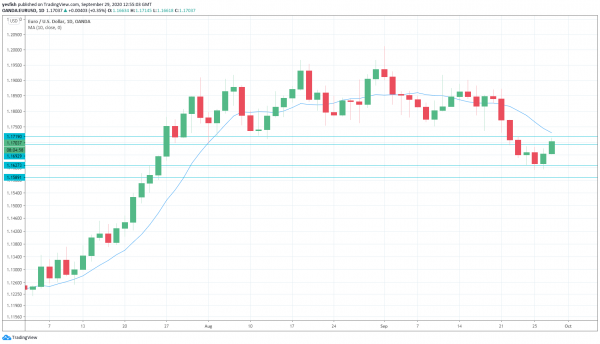 Ready for a Breakout? EUR/AUD