The dip in manufacturing sales in August was not unexpected. It was right in line with Statistics Canada’s earlier-released -2% advance estimate. Also as-expected, much of the drop came from a pullback in auto production/sales after unusually strong July levels when factories worked to replace lost production during spring lockdowns. Outside of the auto sector, and a pull-back in aerospace sales (which are notoriously volatile at the best of times), manufacturing sales still rose 1.2% in August.

And other activity indicators have been better. The Markit Manufacturing PMI improved in both August and September. Manufacturing hours worked rose 1.9% in August and another 3.7% in September to get back to within 1.5% of year-ago levels. So sales and production in the sector are still likely to show more improvement in the near-term. The broader initial bounce-back in economic activity after the spring lockdowns has also been quicker than feared, with overall GDP already reported to have retraced close to three-quarters of declines over March and April through August. The bigger question, though, remains how much of that improvement can be sustained given the resurgence of virus cases in the fall. 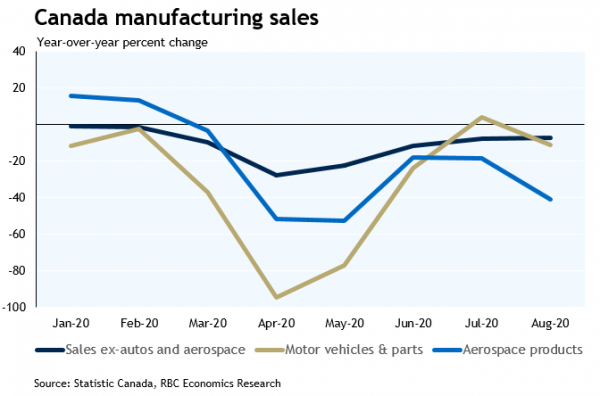 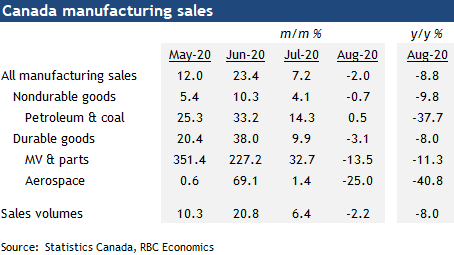