The week ahead should see another constructive report on the Canadian consumer. Statistics Canada already provided a preliminary estimate that retail sales rose 1.1% in August building on a sharp bounce-back over the spring that had already pushed sales above year-ago levels in June. Household spending power continued to be propped up by the recovering job market – over three quarters of spring job losses were recouped by September – and larger-than-usual government income support programs. Retail spending is expected to have continued to edge higher in September given industry reports that showed vehicle sales were close to pre-shock levels in that month.

Industrial activity has been slower to recover to-date but Statistics Canada’s advance estimate of manufacturing sales should show further improvement in September given the 3.7% increase in hours worked in the sector already reported for that month. And the Bank of Canada’s quarterly Business Outlook Survey will almost certainly show a substantial improvement in business sentiment from the previous survey conducted from mid-May to early June (when the spring lockdown was still in the early stages of easing). While the data has already shown the initial bounce-back in economic activity over the summer was impressive, the bigger question is how much of that rebound can be sustained given rising virus counts both in Canada and abroad. Unfortunately, the latest business survey was probably too early in the field to capture the impact of the latest wave of infections. 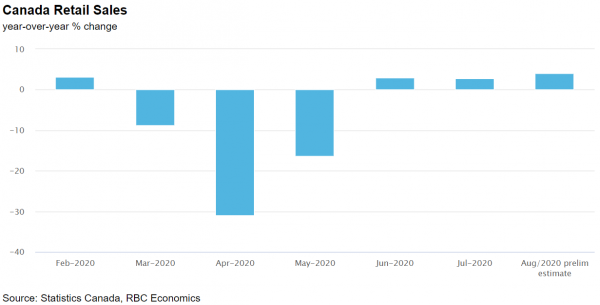 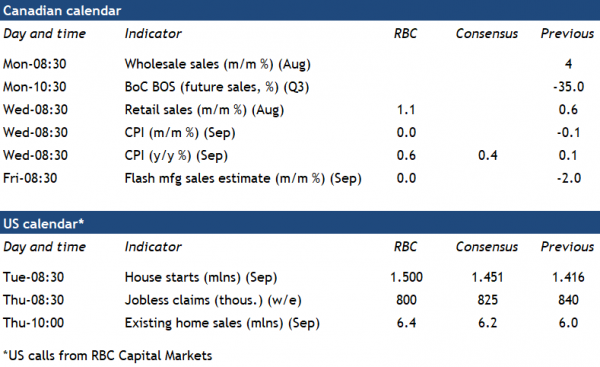