With speculation growing that a Brexit deal could be announced any day now, economic releases have taken a back seat. Still, the trading week ended on a positive note, as retail sales posted strong gains for as second consecutive month. In October, retail sales climbed 1.3%, following a gain of 1.5% beforehand. This points to healthy consumer spending, and no less important, shows confidence in the economy. The Christmas shopping season, which is a key engine of domestic growth, will be even more critical this year, with the economy reeling from the Covid-19 pandemic.

Talks on Britain’s departure from the European Union have had more than their fair share of disruptions, and this was again the case on Thursday, as face-to-face talks were suspended on Thursday, as the EU announced that one of its negotiators had contracted Covid-19. The talks were already on a tight deadline, as the UK will leave the s single market and customs union on December 31st. The sides have not released any statements as to the progress of the talks , but the financial markets have priced in a zero chance of a non-deal Bexit. We could hear a dramatic announcement of a deal as early as Monday.

The suspension of talks is the tortuous road to Brexit, which has gone on since the referendum in June 2016. With less than six weeks until the UK finally leaves the European Union, there are likely to be further twists and turns before the clock mercifully strikes midnight on December 31st. 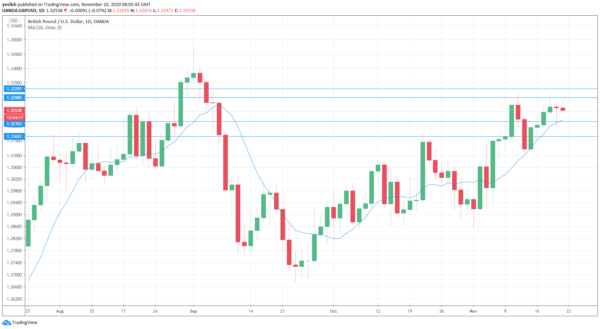